PANDORA Overpowers WILL YOU BE THERE? Opening 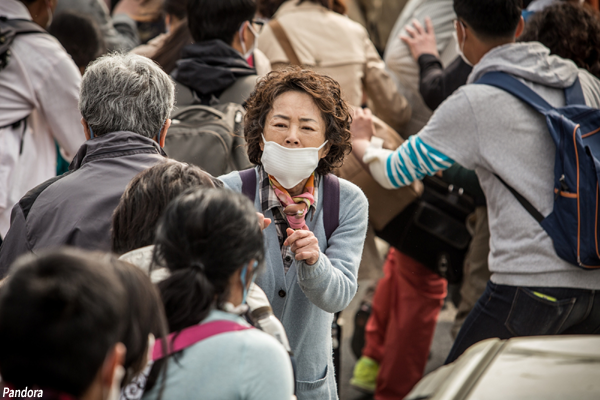 The top two places were unchanged at the box office even with a major now local drama opening. Local releases remained the top draw this session, accounting for 69% of ticket sales, which were on par with last week, coming in at 2.32 million admissions.
Down just 10% in its second frame was the nuclear disaster drama Pandora. With an additional 1.01 million viewers (USD 6.98 million), PARK Jung-woo’s film has now banked 3.11 million spectators (USD 20.93 million). Given its global pre-sale to online streaming giant Netflix, the film has already comfortably surpassed its break-even point but with major competition on the way it should see a major drop in the coming week.
Staying flat with last week, a testament to its excellent word of mouth, was Damine Chazelle’s LA-set musical La La Land. Adding 427,000 entries (USD 3.2 million), the Oscar hopeful has already accumulated a sturdy 1.3 million admissions (USD 9.38 million). Still a strong player on the reservations chart and unlikely to be heavily affected by incoming action titles, the film shows no sign of slowing down just yet.
Lotte Entertainment’s new film, the fantasy romance drama Will You Be There?, with KIM Yun-Seok and BYUN Yo-han, opened with a reasonable 408,000 viewers (USD 2.9 million), and 612,000 spectators (USD 4.17 million) since its Wednesday bow. The film will need to remain steady in the coming weeks to be considered a success, which will be a challenge if La La Land continues to eat into its audience.
Beginning to wrap up its run in its fourth week was local comedy MY ANNOYING BROTHER. Down 55%, the film sold another 122,000 tickets (USD 822,000), bringing its haul to 2.93 million admissions (USD 19.19 million). The hit should cross its final milestone at some point this week.
Down one spot and 37% was Hollywood animation Storks. With an additional 92,000 spectators (USD 605,000), the film has now reached 288,000 viewers (USD 1.85 million) in 12 days.
CJ Entertainment’s action-thriller Master, starring LEE Byung-hun, GANG Dong-won and KIM Woo-bin, is expected to lord over the charts this weekend, already posting close to 100,000 sales and clinching 50% of the reservations chart as of Monday morning. Though it opened around the world this weekend, Star Wars spinoff Rogue One: A Star Wars Story will not bow in Korea until December 28th.
Any copying, republication or redistribution of KOFIC's content is prohibited without prior consent of KOFIC.
Related People Related Films Related Company Related News