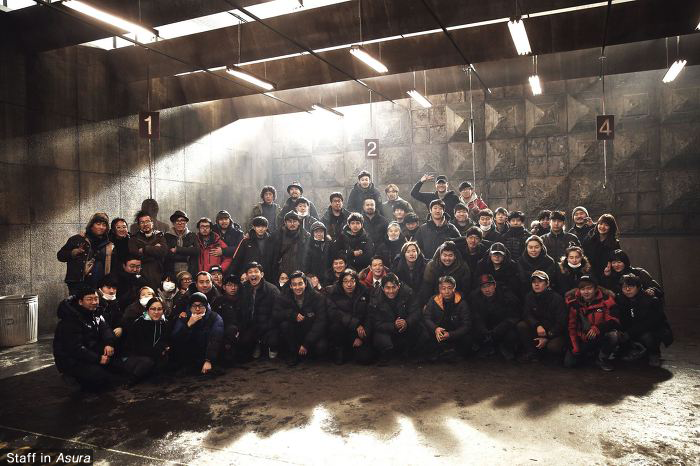 KIM Sung-soo’s Asura completed its four month production on January 25th. Featuring a heavyweight lineup of stars, including JUNG Woo-sung, HWANG Jung-min, JU Ji-hoon, KWAK Do-won and JUNG Man-sik, the crime-action film is being produced by Sanai Pictures and will be distributed by CJ Entertainment.
Featuring in a KIM film for the fourth time, following Beat (1997), City of The Rising Sun (1999) and Musa-The Warrior (2001), JUNG plays a detective whose wife is suffering from terminal cancer. In order to help her, he steps outside the bounds of the law but is caught. While facing prosecution, he goes up against a crooked politician, played by HWANG.
Though only featuring in a supporting role here, Asura marks HWANG’s fourth collaboration with Sanai pictures, after the hit gangster film New World (2013), Man In Love (2014) and A Violent Prosecutor which bowed this week in Korea to sensational numbers, drawing a million admissions in just two days. HWANG’s current hit streak includes Ode to My Father (2014), Veteran (2015) and The Himalayas (2015).
JU most recently appeared in Confession (2014) and The Treacherous (2015) while KWAK featured as the villain of the recent period drama The Magician and will next be seen alongside HWANG in NA Hong-jin’s Goksung.
Beyond his collaborations with JUNG, director KIM also made the romcom Please Teach Me English (2003) and most recently the 2013 influenza thriller The Flu (2013). CJ Entertainment is expected to release the film in the second half of 2016.
Any copying, republication or redistribution of KOFIC's content is prohibited without prior consent of KOFIC.
Related People Related Films Related Company Related News 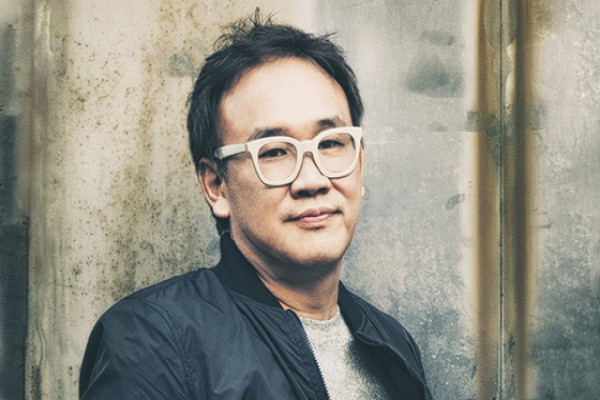