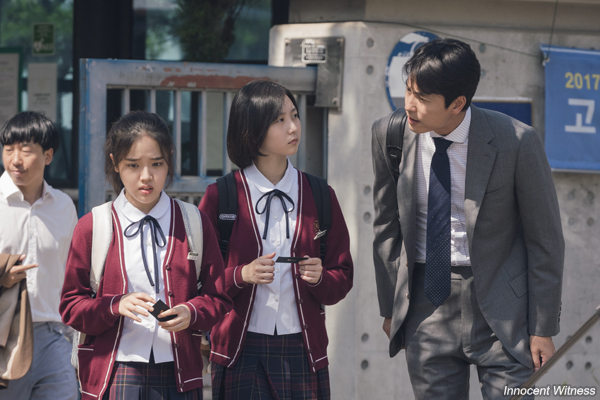 New well-received local content kept the domestic market share high at 67% while the Lunar New Year champion continued its assault on the record books as 2.44 million tickets were sold over the weekend.
Finally slowing down in its fourth week, local comedy smash hit Extreme Job was down just under 50% but still handily claimed the top rank on the charts with 945,000 entries (USD 7.2 million). That gives the CJ Entertainment film 14.54 million viewers (USD 111.49 million), which puts it past Along with the Gods: The Two Worlds (2017) to become the second most successful film of all time at the Korean box office. It should still threaten another milestone or two, but at this point the all-time record held by Roaring Currents (2014) appears to be safe for the moment.
Opening in second place with a solid 534,000 spectators (USD 4.03 million) was the local legal drama Innocent Witness with JUNG Woo-sung and KIM Hyang-gi, which has accrued 737,000 admissions (USD 5.48 million) in its first five days. Reviews and audience reactions are very strong and the film appears to be gaining momentum with each passing day.
The James CAMERON-produced and Robert RODRIGUEZ-directed sci-fi spectacle Alita: Battle Angel was down 57% as it dropped to third place with 243,000 sales (USD 2.14 million), bringing its total to a decent 1.72 million tickets (USD 14.71 million) to date.
Debuting in fourth place was Blumhouse’s horror-comedy sequel Happy Death Day 2U with 215,000 entries (USD 1.65 million) and 288,000 viewers (USD 2.16 million) since Thursday. That was a far cry from the first entry in the series, which opened to almost twice as much in late 2017 and finished north of 1.3 million viewers.
Featuring local stars UHM Ji-won, JUNG Jae-young and KIM Nam-gil, the horror-comedy THE ODD FAMILY : ZOMBIE ON SALE struggled with a fifth place opening after selling just 122,000 tickets (USD 916,000) over the weekend. The film has taken in 216,000 viewers (USD 1.56 million) over five days.
Innocent Witness should do well this coming week while Extreme Job will also remain a threat. Meanwhile, the local mystery-thriller SVAHA : THE SIXTH FINGER is generating good buzz ahead of its debut this week and should help the local industry maintain its very strong early 2019 streak.
Any copying, republication or redistribution of KOFIC's content is prohibited without prior consent of KOFIC.
Related People Related Films Related Company Related News