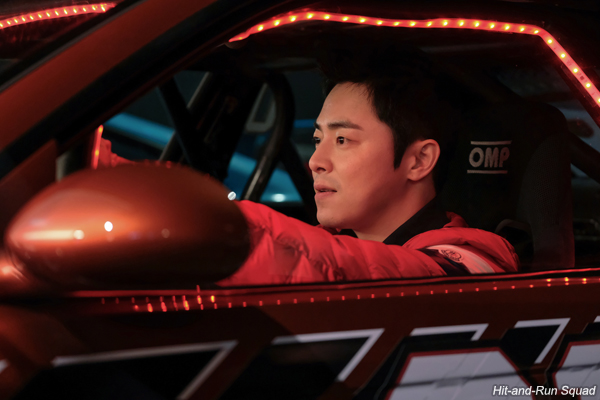 The local industry continued to impress in early 2019 as the pre-Lunar New Year holiday weekend welcomed massive audiences to theaters, largely favoring local titles. In all, 3.91 million tickets were shifted, of which 87% were for Korean films.
After its stunning debut the previous week, CJ Entertainment’s Extreme Job managed to rise 3% in its sophomore frame, ensuring that it will become one of the most successful movies of all time in Korea. With another 2.48 million viewers (USD 19.77 million), the film has banked 7.29 million admissions (USD 55.53 million) by the end of Sunday and is on track to enter the ten million viewer club by the end of the Lunar New Year holidays on Wednesday and go much further before it finishes its run.
Opening far behind in second place was the local Lunar New Year action-thriller Hit-and-Run Squad which mustered just 572,000 entries (USD 4.51 million) over the frame for a five-day total of 963,000 sales (USD 6.87 million). Starring KONG Hyo-jin and RYU Jun-yeol, the film has proven to be a disappointment for Showbox, as viewers have not taken to the pricey project.
Not too far behind was the debut of How to Train Your Dragon 3, which kicked off its run with 421,000 spectators (USD 3.3 million) over the frame and 624,000 entries (USD 4.61 million) since Wednesday.
Also profiting from the holidays was Hello Carbot: The Secret of Omphalos Island, the latest entry in the local animated series, which debuted with 258,000 sales (USD 1.82 million) and has drawn 310,000 viewers (USD 2.15 million) in four days.
Closing out the top five was MAL·MO·E: The Secret Mission, which added another 45,000 viewers (USD 335,000) as it wrapped up its run. The local period film has taken in 2.78 million viewers (USD 20.81 million).
Local movies should continue to drum up big business this weekend, and they will be joined by two Hollywood contenders. First, the James CAMERON-produced and Robert RODRIGUEZ-directed Alita: Battle Angel will open on Lunar New Year’s day on Tuesday, while The Lego Movie 2: The Second Part will follow suit on Wednesday.
Any copying, republication or redistribution of KOFIC's content is prohibited without prior consent of KOFIC.
Related People Related Films Related Company Related News