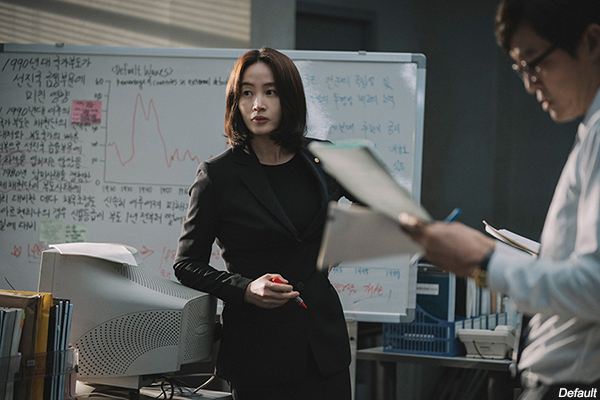 Business was up marginally as a major new domestic release returned the market share advantage to the local industry. All told, the first weekend of December kicked off with 2.55 million admissions, 56% of those for Korean films.
Opening confidently in first place was CJ Entertainment’s first big film for the end-of-year season (with action film Take Point still to come) as financial thriller Default cracked the million mark with a healthy 1.07 million entries (USD 8.37 million) over the frame and 1.57 million admissions (USD 11.39 million) recorded over its first five days. Starring KIM Hye-soo and YOO Ah-in, with a special appearance by international star Vincent CASSEL,the film is receiving relatively good word-of-mouth and is strongly positioned on the calendar to keep drawing in crowds, with little major competition until the second half of the month.
In its fifth week on the charts, Bohemian Rhapsody finally started to fall, but it only lost 16% of its audience, as it welcomed another 804,000 spectators (USD 6.38 million) over the weekend. To date, the sleeper sensation has drawn 6.05 million viewers (USD 47.07 million) and isn’t done yet.
Don LEE (aka MA Dong-seok) vehicle Unstoppable couldn’t live up to its title as it slowed a hefty 70% after a solid debut. With another 224,000 tickets (USD 1.73 million) sold, the action-thriller has now banked 1.45 million admissions (USD 10.86 million).
Much like it was in other parts of the globe, the legend retelling Robin Hood: Origins was a non-starter in fourth place with just 137,000 seats (USD 1.05 million) filled over the weekend and 227,000 entries (USD 1.59 million) recorded over its first five days.
Winding down its run, local dinner party comedy-drama Intimate Strangers was down another 75%, adding 104,000 tickets (USD 820,000) to its magnificent 5.13 million viewer (USD 38.47 million) total.
Both Default and Bohemian Rhapsody will threaten for the top rank again this coming weekend, while LEE Kwon’s horror-thriller Door Lock with KONG Hyo-jin will look for a solid opening after being well received at its press screening.
Any copying, republication or redistribution of KOFIC's content is prohibited without prior consent of KOFIC.
Related People Related Films Related Company Related News 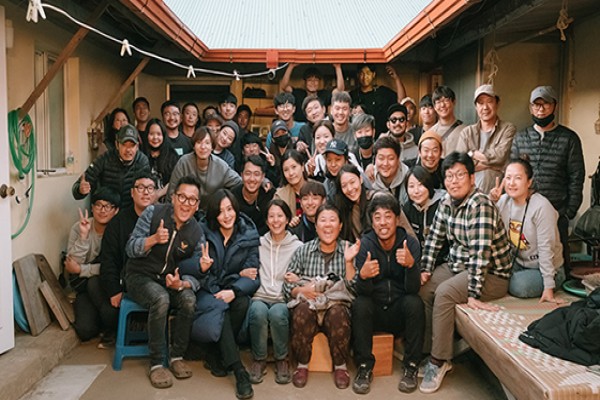