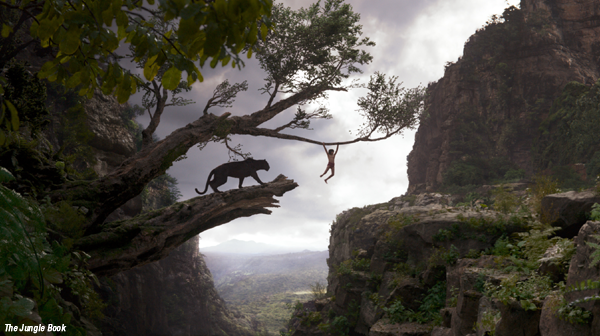 The Jungle Book held on to its first place spot as new releases posted middling openings. The Korean box office took a slight dip from last week, but still welcomed 2.33 million viewers. Hollywood scooped up the lion’s share of this past weekend’s crowds, with a 64% market share.

Dropping just 20% from its debut, Disney’s The Jungle Book was comfortable in first place, adding 619,178 spectators (USD 4.68 million) for a new total of 1.71 million admissions (USD 12.66 million). With strong audience ratings and little family competition on the way, the film should still pull in healthy numbers throughout the rest of June.

Even more impressive than The Jungle Book was holdover The Conjuring 2, which lost just 13% of its audience in week two, a very impressive hold for a horror title. James Wan’s hit scored another 420,148 viewers (USD 3.04 million) to bring its total to a robust 1.25 million viewers (USD 8.76 million), with plenty more on the way.

Beginning to wrap up its run was PARK Chan-wook’s Cannes-invited thriller The Handmaiden, which slowed 46% in week three for another 284,685 spectators (USD 2.1 million). With 3.71 million viewers (USD 26.31 million) to date, The Handmaiden has edged out Sympathy For Lady Vengeance (2005) to become the second most successful film in the auteur’s career, behind his military thriller Joint Security Area /JSA (2000).

Following a small rush of gaming fans coming out for opening weekend, video game adaptation Warcraft took a sizeable 65% fall in its second frame, posting another 193,593 admissions (USD 1.51 million). The title has brought in 1.04 million viewers (USD 7.88 million) to date.

Looking to top the charts this coming weekend is Hollywood tentpole Independence Day: Resurgence, which is already far ahead on the reservations rankings.