Tom Cruise’s popularity is still powerful enough in Korea to revive theaters after the Sewol ferry disaster. However, since Hollywood blockbusters for summer season are pouring out, Korean films are doing rather sluggish. The blockbusters are dominating the top box office rankings except for a persistently well received local movie flick, A Hard Day. According to the integrated ticket sales network of the Korean Film Council (KOFIC) on June 10th, Edge of Tomorrow, released on the 4th of this month, is overwhelmingly ahead of competitors. The film recorded 1,987,871 admissions in total over the weekend (6th~8th), maintaining 801 screens. Also, it showed over 40% of market share during the weekend, attracting 469,545 spectators just on June 6th. Its domestic popularity is higher than North America’s debut where it hit third place at the box office. The film is remarkably loved by Korean audiences due to the application of time loop, ingenious plot and its mixed genre of SF, war and action. Directed by Douglas Eric Liman in addition to Tom Cruise’s fame added to the success.
Meanwhile, a local movie A Hard Day is still in the game at the Korean market. Starring LEE Sun-kyun and CHO Jin-woong, the film which was released on May 29th, hit the second place on the daily chart jostling against X-Men: Days of Future Past which accrued nearly over 4 million viewers and Angenlina Jolie’s Maleficent which was released on the same day. It surpassed 1.5 million admissions nationwide, adding 495,212 over the weekend. It was invited to the Director’s Fortnight program at the 67th Cannes International Film Festival, and received accolades from both critics and audiences as a well-made thriller movie for its unrelenting suspense with flashes of humor. Even though it didn’t attract much attention at first, it is demonstrating surprising endurance by word-of-mouth reviews from viewers. 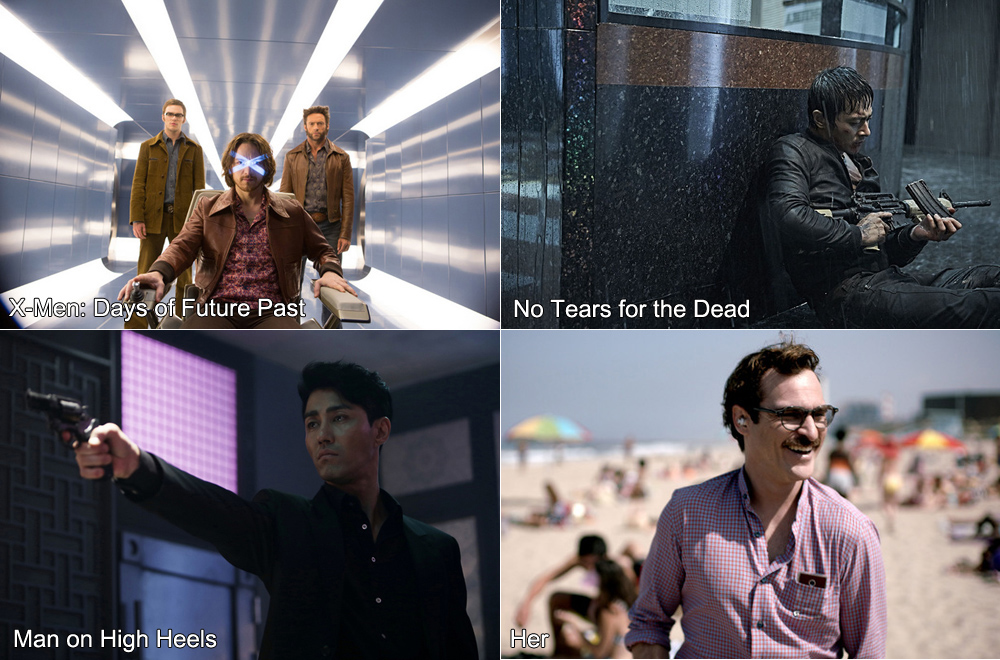 X-Men: Days of Future Past unfortunately had to let go of the top spot after two weeks because of Tom Cruise’ popularity. It brought 436,314 spectators over the weekend, in a seesaw competition with A Hard Day. The 5th edition of X-Men amassed 4,020,656 moviegoers nationwide, and can foresee 5 million. Disney‘s Maleficent made its debut in the third place a week ago, and stands in fourth place cracking the one million admissions in total.
While JANG Dong-gun led and CHA Seung-won led films -were expected to overpower X-Men’s success, the two crumbled under Tom Cruise’ attack. The local blockbusters opened their first week, No Tears for the Dead in the fifth place and High Heels in the sixth place. No Tears for the Dead and High Heels recorded 534,571 and 272,800 viewers so far, adding 236,852 and 129,027 spectators over the weekend respectively. However, there have been surprise reactions for their box office failures, because both are commercial action noir films with star actors and star directors. Especially No Tears for the Dead has a painful result since it is LEE Jung-beom‘s new movie who caused a huge sensation with The Man From Nowhere (2010). The fact that the two movies which were released on the same day but failed at the Box office means that Korean commercial films are losing their vibrancy and freshness.
The movie Her soars among diversity films. Being John Malkovich director Spike Jonze depicts love between human and computer OS using his extraordinary imagination, and has brought in 228,615 since its release on May 22nd. It is keeping number one on the diversity chart, as well as number nine on the Korean box office chart. Following in second place is Night Train to Lisbon starring Jeremy Irons, and number three Before the Winter Chill starring Daniel Auteuil and Kristin Scott Thomas. 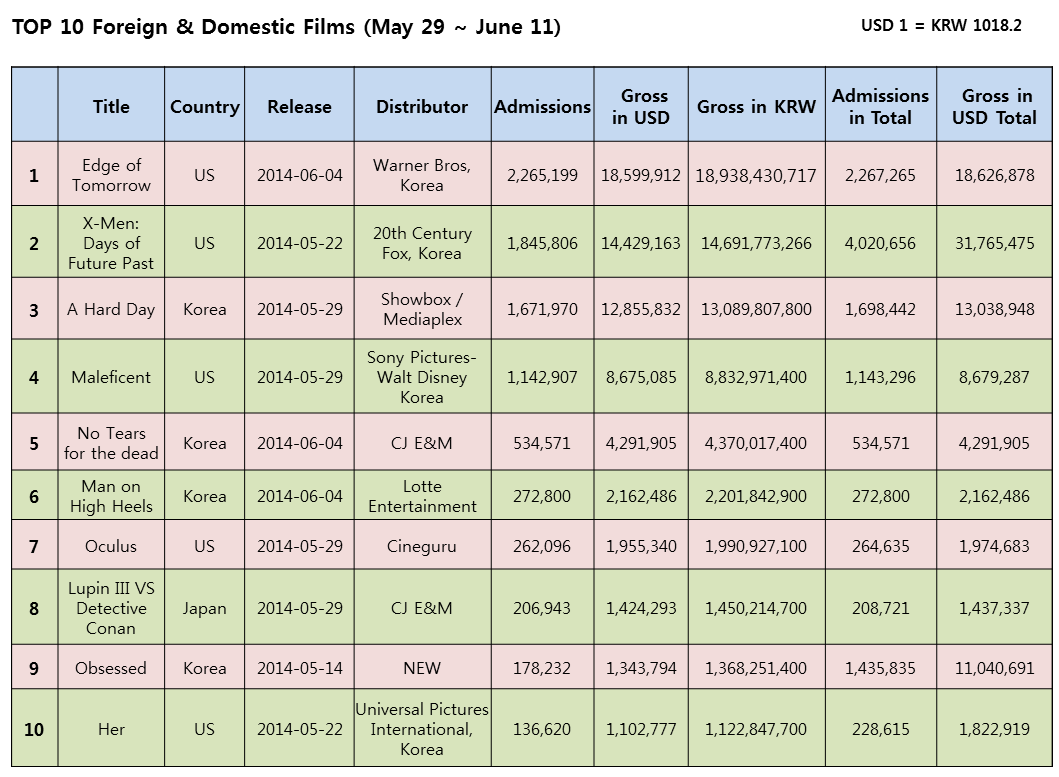 By HA Sung-tae(Contributing Editor)
Any copying, republication or redistribution of KOFIC's content is prohibited without prior consent of KOFIC.
Related People Related Films