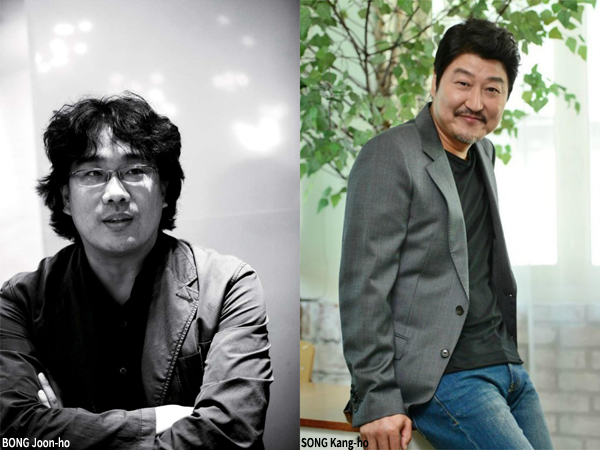 Director BONG Joon-ho and star SONG Kang-ho are set to team up once again for the film Parasite, which will kick off production in January of next year. Little is known about the project so far, save that it will be Korean, will focus on a family faced with a grave situation and that it will be distributed by CJ Entertainment, who was behind the last team up between the director-actor combo, 2013’s Snowpiercer, and financed by Barunson E&A Corp.
The pair already have one of the most celebrated professional relationships in Korean cinema, having collaborated on several modern classics, including the mystery-thriller Memories Of Murder (2003), considered by many as one of the greatest Korean films of all time, the monster feature blockbuster The Host (2006), which became the highest grossing Korean film of all time at the time of its release, and the global dystopian sci-fi Snowpiercer.
The film will follow the upcoming Okja for director BONG, a big-budget international film being financed and distributed by online streaming giant Netflix. Starring Tilda Swinton, Jake Gyllenhaal, Paul Dano and more, the film will hit the online service on June 28th.
Meanwhile, SONG, last seen in KIM Jee-woon’s The Age of Shadows, will next appear in JANG Hun’s 1980s-set political drama Taxi Driver, due out in the summer, and will next shoot the crime thriller Drug King for Director WOO Min-ho.
Any copying, republication or redistribution of KOFIC's content is prohibited without prior consent of KOFIC.
Related People Related Films Related Company Related News