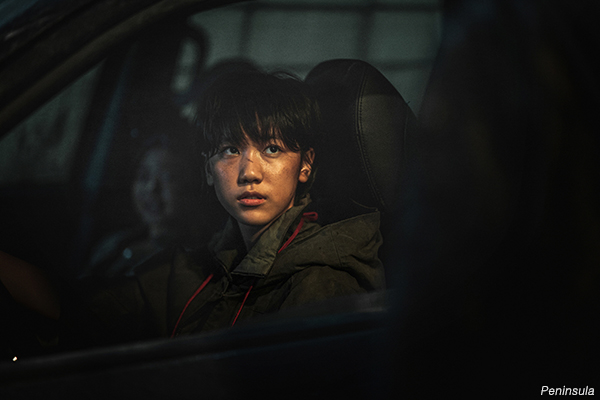 Peninsula, the big-budget sequel to YEON Sang-ho’s international hit TRAIN TO BUSAN (2016), has been taking the global box office by storm this summer. Distributor Next Entertainment World has confirmed that the film has sold over USD 48 million worth of tickets in 15 countries to date.
The action film opened in both South Korean and Taiwan on July 15, topping the charts in each. In Korea, the firm has to date welcomed 3.76 million viewers (USD 27.52 million) and in Taiwan it has become the top-grossing film of the year, with USD 11 million in sales recorded so far.
Among other markets, in Vietnam the film surpassed the total of PARASITE (2019), with USD 3.5 million, to become the best-performing Korean film of all time. In Singapore, it earned USD 1.9 million, to unseat 1917 as the top title of the year.
The hit also opened in theaters in Canada, where it earned USD 1.2 million. Peninsula is scheduled to open in the United States on August 21.
NEW revealed that the film has been released in a total of 21 markets so far, and will open across several European territories, such as the UK, France, Germany and Spain, in the fall.
GANG Dong-won and LEE Jung-hyun lead the cast of this sequel, which takes place four years after the events of TRAIN TO BUSAN (2016), after the Korean Peninsula has descended into a dystopia following a zombie apocalypse. Like its predecessor, the film was selected by the Cannes Film Festival.
Any copying, republication or redistribution of KOFIC's content is prohibited without prior consent of KOFIC.
Related People Related Films Related Company Related News