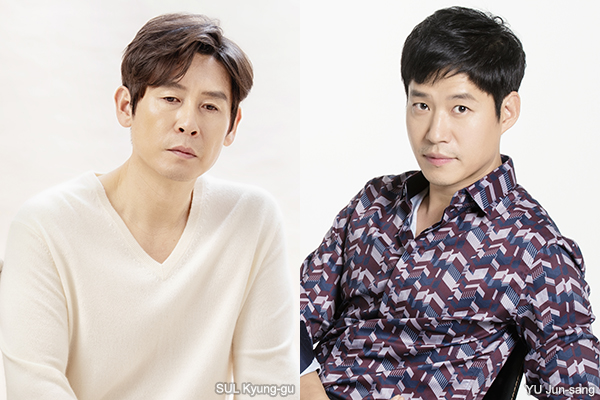 Following on the heels of the hit thriller BLACK MONEY (2019), veteran director CHUNG Ji-young is about to return to the set for what will be his 17th feature film. Boys (translated title), which is based on a true story, will be headlined by SUL Kyung-gu and YU Jun-sang and will co-star JIN Gyeong, HEO Sung-tae, and YEOM Hye-ran, as well as feature a cameo from CHO Jin-woong.
Boys is based on the aftermath of a supermarket robbery committed by three people in North Jeolla Province in 1999. Three youths were charged with the crime and eventually exonerated during a second trial in 2016. SUL will play an investigator who has doubts about the case after the initial investigation and decides to delve back into it.
Known for A Peppermint Candy (2000) and the Public Enemy series (2002-2008), SUL Kyung-gu has been prolific of late, appearing in three films in 2019 (Birthday, Idol and Man of Men), with a further three awaiting release: I Want to See Your Parents’ Faces (translated title), Kingmaker (literal title) and Yacha (Korean title).
YU Jun-sang’s most recent film was Hotel by the River (2019), one of his many collaborations with director Hong Sangsoo, and he has recently turned his attention to directing music-themed indie films, such as the documentary It’s Not Over Yet (2019).
Known for politically incendiary classics such as North Korean Partisan in South Korea (1990) and White Badge (1992), director CHUNG returned to the director’s chair after a 13-year absence for the true-life stories Unbowed (2012) and National Security (2012) and has been active as a director, producer and as the chairman of the Bucheon International Fantastic Film Festival in the years since. His most recent work was the financial drama BLACK MONEY (2019), which welcomed 2.48 million viewers late last year and starred CHO Jin-woong.
Filming for Boys, which will be distributed by CJ Entertainment, is expected to kick off at the end of June.
Any copying, republication or redistribution of KOFIC's content is prohibited without prior consent of KOFIC.
Related People Related Films Related Company