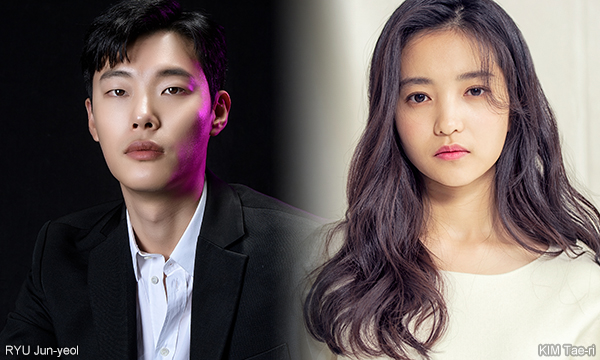 Director CHOI Dong-hoon is reportedly close to getting his next film underway, which will be a simultaneously filmed two-part sci-fi film featuring aliens. RYU Jun-yeol and KIM Tae-ri have been confirmed for both instalments of the series, while both Gianna JUN (aka JUN Ji-hyun) and KIM Woo-bin are also rumored to have been offered roles, per earlier reports.
RYU Jun-yeol of A Taxi Driver (2017) and Believer (2018) recently scored box office hits with the financial thriller Money and the period action-drama The Battle: Roar to Victory.
After rising to prominence in PARK Chan-wook’s The Handmaiden (2016), KIM Tae-ri also starred in 1987: When the Day Comes (2017). She is currently shooting the space drama Victory Ship (translated title) with SONG Joong-ki. KIM and RYU featured together on screen in last year’s youth drama Little Forest.
Known for Tazza: The High Rollers (2006) and The Thieves (2012), director CHOI was only the second Korean filmmaker to direct two films that welcomed over ten million viewers, achieving the milestone with Assassination in 2015.
Though details of the project are being kept under wraps for now, the aim is for both parts to go into production next year. AHN Soo-hyun of Caper Film is producing the as-yet untitled project.
Any copying, republication or redistribution of KOFIC's content is prohibited without prior consent of KOFIC.
Related People Related Films Related Company Related News