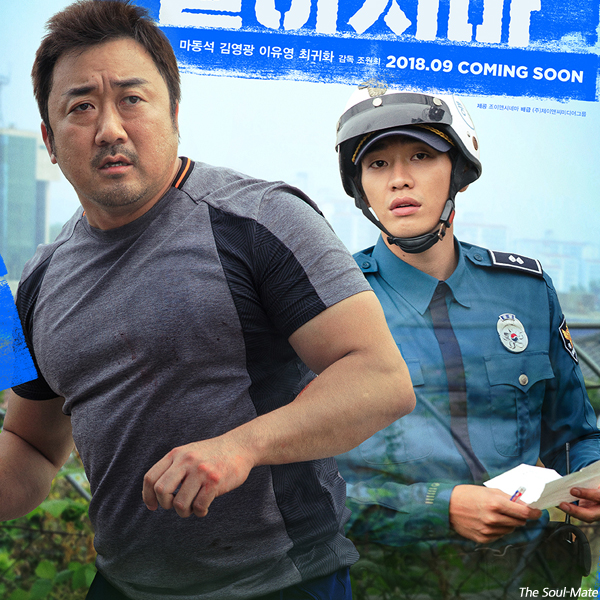 Don LEE (aka MA Dong-) is not one to rest on his laurels and sure enough, despite already featuring in next week’s highly anticipated fantasy epic sequel Along with the Gods: The Last 49 Days, the busy actor will also be headlining one of this year’s Chuseok holiday releases. To be released in September, The Soul-Mate is a comedy from director CHO Won-hee and co-starring KIM Young-.
The Soul-Mate will focus on Tae-jin (KIM Young-), a patrol officer who finds himself separated from his body and is forced to work with his enemy, his next-door neighbor Jang- (Don LEE), in order to keep on track for a case.
LEE has appeared in several hits of late, including the zombie action-thriller TRAIN TO BUSAN (2016) and last year’s crime action-drama THE OUTLAWS (2017). Surely the busiest lead actor working today, LEE has also appeared in the last 12 months in the family comedy The Bros (2017) and the arm-wrestling drama Champion. In addition, the actor has several other titles in various stages of production.
His co-star KIM is a popular face on TV who also appeared in films such as the 2014 Lunar New Year youth title Hot Young Bloods and the comedy Runway Cop (2012). The film also features LEE Yoo-young of Hong Sangsoo’s Yourself and Yours (2016) and the abuse thriller Marionette.
The Soul-Mate, which is being handled internationally by CJ Entertainment, will hit theaters on September 26.
Any copying, republication or redistribution of KOFIC's content is prohibited without prior consent of KOFIC.
Related People Related Films Related Company Related News