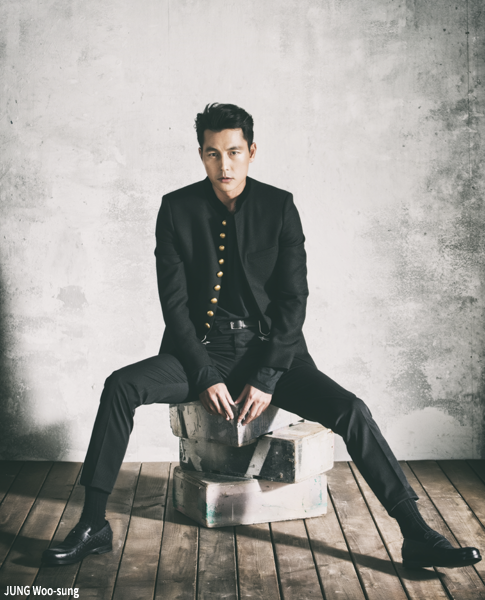 Korean star JUNG Woo-sung has been invited to take part on the jury for the inaugural edition of the International Film Festival & Awards Macao (IFFAM) which kicked off on December 8th and will run until 13th.
The actor joins international film luminaries on the jury such as the Indian cineaste Shekhar KAPUR, Japanese actress WATANABE Makiko and Hong Kong filmmaker Stanley KWAN. A total of 12 films are featured in the international competition, including Ben Wheatley’s Free Fire, the British film Trespass Against Us with Michael Fassbender and the Chinese feature Hide and Seek, which is a remake of the hit 2013 Korean thriller of the same name.
The French film Polina with Juliette Binoche opened the first IFFAM and Korean disaster drama Pandora from director PARK Jung-woo, which just opened in Korea, will be featured as a special presentation.
A star since the mid-90s, JUNG most recently appeared in the dark thriller Asura : The City of Madness, his fourth collaboration with director KIM Sung-soo, and will be seen on the big screen again next month, when he appears alongside ZO In-sung in HAN Jae-rim’s new film The King. JUNG’s most famous credits include Beat (1997), his first work with KIM Sung-soo, the romantic drama A Moment To Remember (2004) and KIM Jee-woon’s Korean-style western The Good, The Bad, And The Weird (2008).
Any copying, republication or redistribution of KOFIC's content is prohibited without prior consent of KOFIC.
Related People Related Films