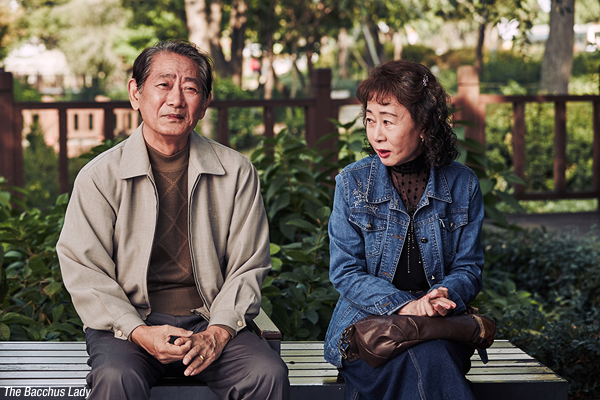 The Dragons & Tigers section of the Vancouver International Film Festival returns in 2016 under the new name Gateway with 25 features, including a quintet of works from South Korean filmmakers.
Frequent VIFF invitee HONG Sang-soo once again appears on the program with Yourself and Yours, the auteur’s 18th feature which debuted at the Toronto International Film Festival and picked up the Best Director prize at the San Sebastian International Film Festival in September. The film will be paired with the short SOJU & ICE CREAM, the latest work from Romance Joe (2012) and A Matter of Interpretation (2015) director LEE Kwang-kuk, another VIFF favorite.
Joining HONG’s work will be PARK Hong-min, who was invited to VIFF for A Fish in 2012, with his experimental indie ALONE which bowed at the Busan International Film Festival last year. Also on deck are the Berlin-premiered drama The Bacchus Lady, featuring YOUN Yuh-jung as a geriatric prostitute in central Seoul, from director E J-yong, JO Sung-hee’s stylized sleuthing tale The Phantom Detective and LEE Hyun-ju’s acclaimed debut, the queer drama Our Love Story. Indonesian filmmaker Joko ANWAR’s CJ Entertainment-backed A Copy of My Mind is also in the lineup.
The Vancouver International Film Festival will take place over September 29th to October 14th in Canada.
Any copying, republication or redistribution of KOFIC's content is prohibited without prior consent of KOFIC.
Related People Related Films Related Company