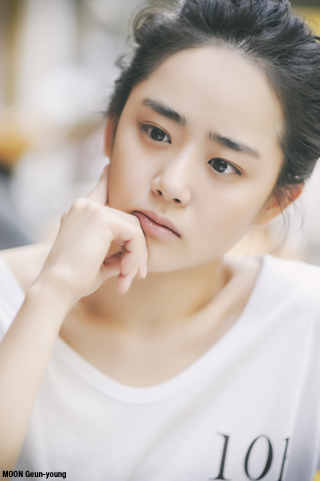 Actress MOON Geun-young is set to appear in the leading role of The Chronicle of a book, the latest film from indie darling SHIN Su-won, director of PLUTO (2013) and Madonna (2015). The mystery film will be produced by JUNE FILM and distributed by Little Big Pictures.

MOON will play a mysterious doctoral researcher specializing in artificial blood who retreats from the world when she cocoons herself in a greenhouse. A novelist plagued by claims of plagiarism, played by KIM Tae-hun of Roaring Currents (2014) and Snow Paths (2016), seeks to capture her story.

Drama and romcom star MOON has not appeared in a thriller since KIM Jee-woon’s seminal horror title A Tale Of Two Sisters in 2003. Though she has been more active on the small screen in the last ten years, she appeared in a supporting role in last year’s hit period drama The Throne, alongside SONG Kang-ho and YOO Ah-in. Of The Chronicle of a book , MOON has said that she was drawn to the enigmatic aspect of the lead role.

Following her debut feature Passerby #3 (2010), director SHIN made a big splash with PLUTO which screened at the Busan, Berlin, Edinburgh and Hong Kong International Film Festivals, among many others. Her most recent film Madonna debuted at the Cannes Film Festival last year in the Un Certain Regard lineup.

The Chronicle of a book goes into production this month and is aiming for an early 2017 release.