Top Honors for HAEMOO in Hawaii 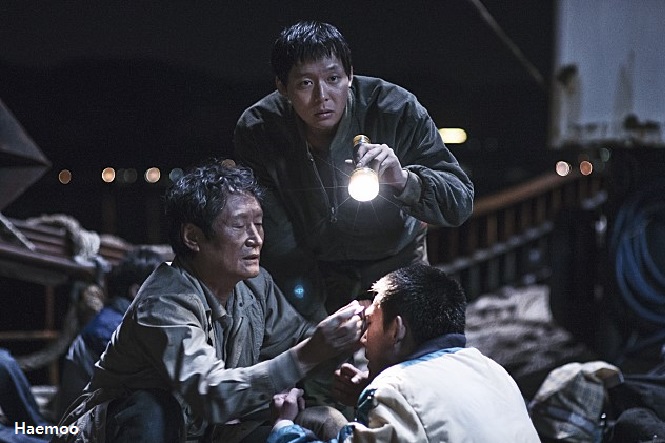 Haemoo, the debut film of SHIM Sung-bo, which was co-written and executive produced by Bong Joon Ho, has become the fifth Korean film to pick up the Golden Orchid for Best Film at the Hawaii International Film Festival. It was the first Korean film to take the award in 14 years.
Based on a true life story of a shipping boat that took on illegal stowaways, only to encounter disaster on the open seas, Haemoo has been a hit on the international festival circuit, screening as a Gala presentation in Toronto, in competition in San Sebastien and receiving official selections at Fantastic Fest, AFI Fest and the Vancouver, Stockholm and Busan International Film Festivals. The film, which stars PARK Yoo-chun, HAN Ye-ri and KIM Yun-seok, was also chosen to be Korea’s official selection for the foreign language category of next year’s Academy Awards.
Beyond Haemoo, this year’s HIFF also presented the Korean features Cart, A Hard Day, Hill of Freedom, Revivre, Night Flight, We Are Brothers and My Brilliant Life. Previous Korean Golden Orchid winners include PARK Jong-won’s Our Twisted Hero (1992), LEE Min-yong’s A Hot Roof (1996), LEE Kwang-mo’s Spring in My Hometown (1998) and IM Kwon-taek’s Chunhyang (2000). More recently, LEE Hae-joon’s Castaway on the Moon picked up the NETPAC Prize in 2009.
This year’s 34th HIFF ran from October 30th to November 9th.
Any copying, republication or redistribution of KOFIC's content is prohibited without prior consent of KOFIC.
Related People Related Films Related News