LIM Soo-jung and YOO Yeon-seok Have a SECRET TEMPTATION 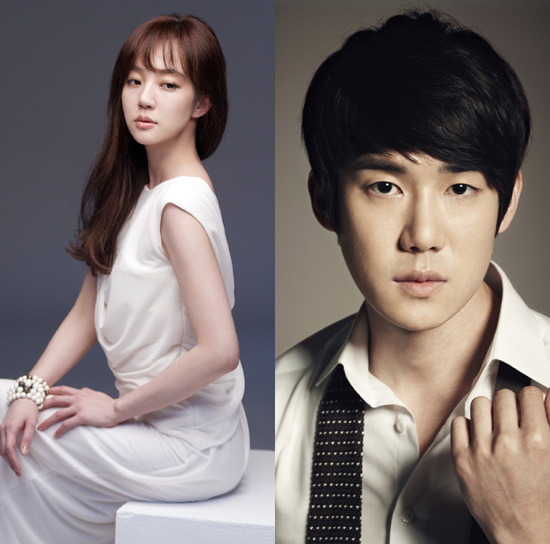 Director YOON Jae-gu is returning with the new film Secret Temptation next year, with LIM Soo-jung and YOO Yeon-seok attached to star. The romantic thriller is based on Catherine Arley’s 1954 novel Le Femme de Paille, which was previously brought to the screen in America as Woman of Straw (1964) with Sean Connery and Gina Lollobrigida.
LIM will play a woman who falls in love with YOO’s character but in a financial ploy, he sends her off to marry a rich older man, played by veteran LEE Geung-young. Director YOON previously made the thriller Secret (2009) and penned 2007’s 7 Days, another thriller.
Popular star LIM was last seen in the 2012 hit All About My Wife, a romantic comedy that attracted 4.6 million viewers to theaters and earned her a Best Actress award at the Blue Dragon Film Awards. Meanwhile, YOO is an up-and-comer who debuted with a small role in 2003’s Oldboy and has recently risen to prominence following parts in Architecture 101 and A Werewolf Boy. YOO is also mulling over an offer to co-star in The Informant, a new YIM Soon-rye film starring PARK Hae-il.
Distributor CJ Entertainment announced on December 12th that shooting for Secret Temptation is slated to begin in February of next year.
Any copying, republication or redistribution of KOFIC's content is prohibited without prior consent of KOFIC.
Related People Related Films Related Company