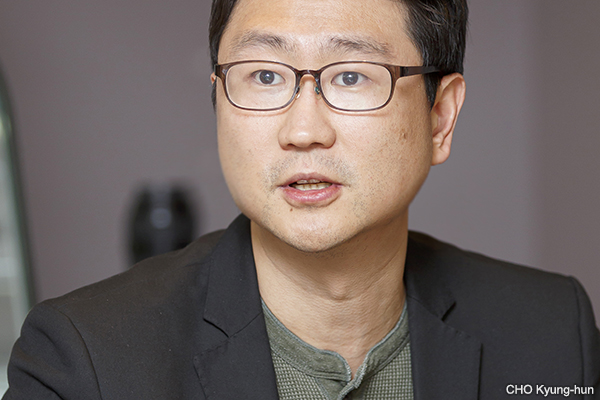 Even before the pandemic outbreak, drawing 100,000 people into theaters with an independent film was no small feat. In the case of independent animated films, the number of titles that have achieved such a commercial success could be counted on one hand. This makes all the more surprising the performance of the animation Beauty Water, which prevailed over a resurgence of COVID-19 infections in Korea to score 100,800 admissions (as of October 25). This movie tells the story of a woman who comes upon a “Beauty Water,” a miracle elixir that can change your appearance just by applying it on your skin. It is adapted from Beauty Water, a popular story in OH Seong-dae’s horror anthology webtoon Tales of the Unusual. The path to theatrical release wasn’t a smooth road, but it took a solid 6 years from the initial planning to the release. We had a video interview with the director, CHO Kyung-hun, to talk about the film. CHO is also the CEO of Studio Animal, the animation production company that co-produced the film with SS Animent.
First, I would like to know the reason why, of all the webtoons, you chose to adapt OH Seong-dae’s Tales of the Unusual, and more particularly Beauty Water.
Being aware that ghost stories are popular in the Chinese market, we were looking for a Korean webtoon we could adapt into film in order to enter the Chinese market. The creative and devastating work we settled on was OH Seong-dae’s series Tales of the Unusual. Given that the original work was designed as an anthology, the project we prepared took the form of a series for VOD streaming services. Meanwhile, the episodes that form the Beauty Water storyline were illegally distributed in China, for instance on Weibo, and it was an incredible hit. It suddenly became more likely to sign a contract and obtain investment from the Chinese market. Our plan was to make Beauty Water for theater viewing and turn the rest of the stories into a series once we close the deal for a large investment from China, but in the end, it did not work that way.
It is the first Korean animation to top Taiwan’s box office. Looking at this achievement, I believe it is a work that can certainly appeal to the Greater Chinese market.
I am as surprised as anybody that the film is performing so well in Taiwan. I think the original work had an influence not only in mainland China but also in Taiwan. In addition to the novelty of an animated horror thriller movie, I guess the aura of the original work maybe worked way better in the overseas market, especially in the Greater Chinese market. 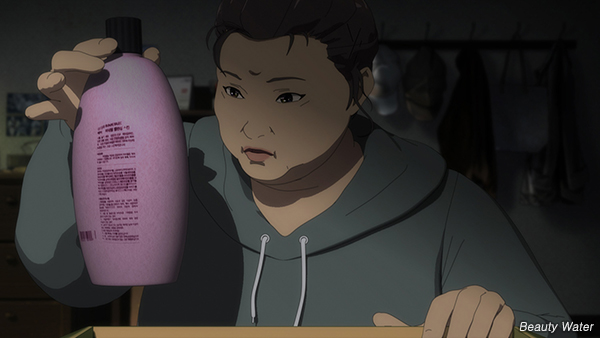 In addition, the film has been sold to Hong Kong, Singapore, Australia, and Germany, among others. How was the reaction in countries where the culture is significantly different from Korea’s, for instance in Australia and New Zealand?
In Europe and the Americas, people often watch it without any knowledge of the source material. They approach the movie as its own thing. It seems these audiences watch it with a greater focus on our intention in regard to the subject matter. Since they don’t know the original story, they are also more surprised by the twists.
What part from the original story did you want to highlight?
We focused on how to reproduce the original work. Rather than being just about the product we call Beauty Water, the idea was to shape the movie to provide a broader picture of the characters who use this water and the social aspects that surround it. We decided to proceed without altering the core plots and ideas of the original work.
Several elements were added to the script, such as a representation of the main character’s trauma and the show business background.
In the webtoon, the story progresses quickly but the trade-off was that the character’s motivations and emotions were passed over. We wrote everything while keeping the focus on the characters that use Beauty Water, especially the protagonist Ye-ji. We built up the storyline to the best of our ability to understand the protagonist’s descent into the extreme, without going as far as empathizing with it, with a special focus on such questions as, what could be feeling someone who uses this Beauty Water, what could be her personal history, and how she might feel when an something unexpected occurs. In the process, some necessary subtleties were added to her background. We added that she was working as a makeup artist in the entertainment industry, and that she had experienced failure as a ballet dancer trainee in the past. The film highlights the humiliation suffered by obese people in a society obsessed with beauty, and the socio-cultural phenomena of mocking them and even enjoying doing so. Of course, there are parts that have been much dramatized.
While working on this project, I gave a lot of thought into the idea of ‘beauty’. What on earth do we call beautiful? Appearances are meaningless once you take in a broader perspective, and yet we are attributing so much meaning to it. I made this film with the idea that we should at some point question the beauty standards we have. 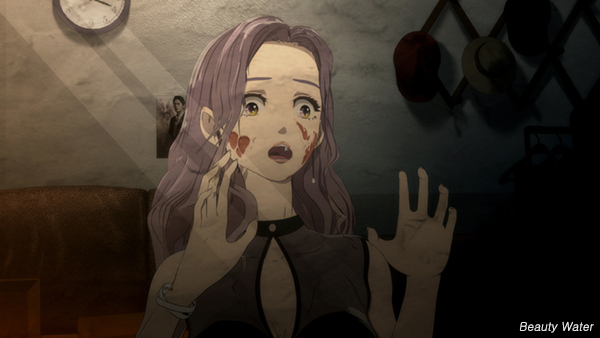 With the New Beauty Water webtoon out, there are expectations for a sequel.
OH Seong-dae took a break and recently started the serial publication of Tales of the Unexpected Season 2. As we completed the movie and were heading for the release, we heard about the publication of New Beauty Water. While taking a look at the webtoon, I thought it would be nice to make a sequel. In the event we have to make it, I think it might be in a completely different genre from the first film. If the first film, Beauty Water, focused on the question of “What is beauty”, then the main question in New Beauty Water might be, ‘Where do we draw the red line on inhumanity?’ Of course, before we get there, we will first have to secure the adaptation rights.
For your directing debut, you were invited to internationally renowned film festivals such as the Annecy International Animation Film Festival, the Sitges Film Festival, and the Bucheon International Fantastic Film Festival.
I’m confused. I never thought I would be invited to festivals. When I received the invitation to Annecy, I was stupefied. So far, the film has been screened at about 15 film festivals, and invitations are still coming. When your film is selected to a film festival, it is seen by people from cultures very different from your own. Reading the opinions they shared on the web, whether they were good or bad comments, I came out of this thinking it was a good idea to make this film. 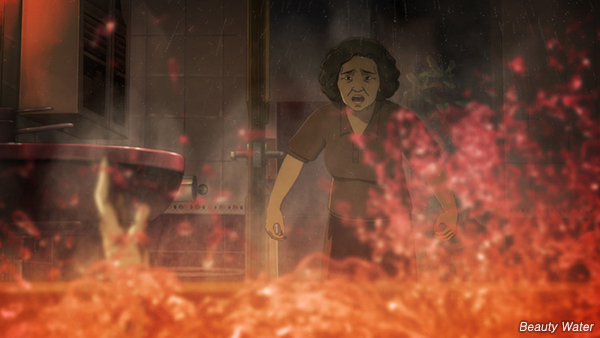 What role will you focus on in the future?
I think I will work as the company’s CEO and producer. We have many projects in development at Studio Animal. I intend to thoroughly support these works from the perspective of producer. In the event that there is an opportunity for me to direct, I want to positively consider again what would be the best time for it to be significant not for me on a personal level, but for the entire company and further down the line for the animation industry in general.
Don’t you have the ambition to pursue a directing career?
I do, but my personalities are multiple. (Laughs) More than a desire to be good at directing, I have the desire to prove that animation is worth investing and has growth potential. Animation is the profession I’m going to dedicate my life to. I want to confer meaning to the line of work we chose and prove the added value of our work. I’m interested in laying the foundation for them to take pride in doing this job and be happy at work throughout their lives.
Any copying, republication or redistribution of KOFIC's content is prohibited without prior consent of KOFIC.
Related People Related Films Related Company Related News 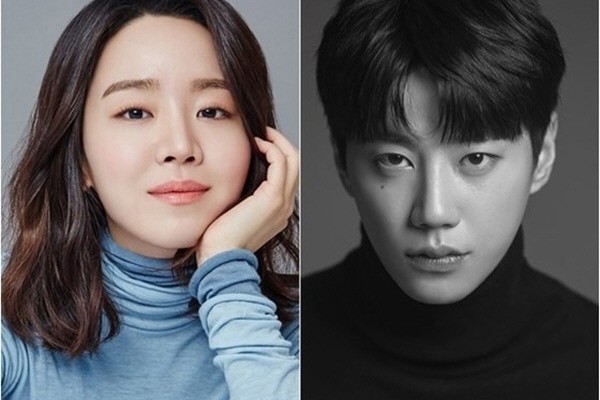 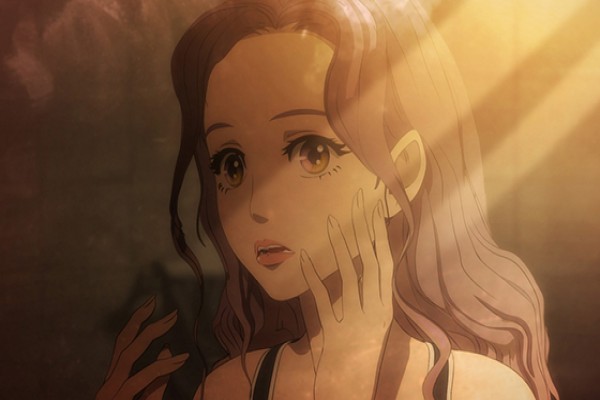