SEO Eun-young, Director of GO BACK 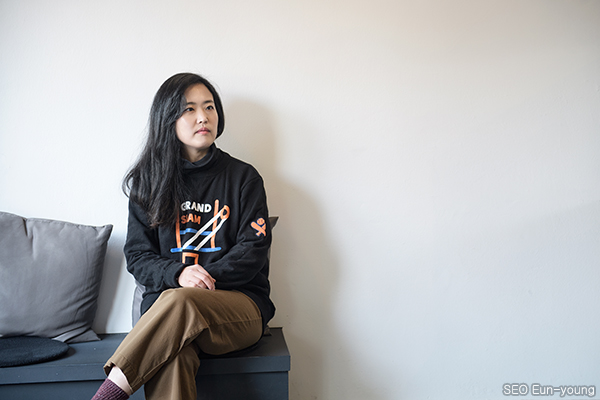 ‘I have kidnapped the child. If you want to save her, make a donation to the welfare center’. This is the content of the message sent by a kidnapper as revealed in the news. Ji-won (HA Yun-Kyung), a new police recruit who is investigating the case, takes an interest in social worker Oh Soon (PARK Ha-Seon) and the life of Bora (Jae So-Hyun), to whom Oh displays an odd amount of affection. The film Go Back (2019) is the second feature film from SEO Eun-young, who debuted with Overman (2016), and won the Distribution Support Award in the Korean Fantastic category at the latest Bucheon International Film Festival. Meanwhile, PARK Ha-Seon, who took the lead, won one of the two top acting prizes. Go Back (2019) is quite different from Overman (2016) in terms of subject matter and genre, but looking at the characters in SEO’s latest, they bring to mind the boy and girl portrayed in Overman (2016), who were supporting each other and strengthening their will to live. We sit down with SEO Eun-young in Bucheon.
How did you come up with this story?
I framed the story as one that takes place over the seven days following the kidnapping and until its resolution, and the structure I had in mind was that of the three characters interlocked like a triangle and moving organically in relation to each other. At first, I wanted to make a movie that departed from the topic of kidnapping to deal with social issues, specifically those pertaining to women and children, but along the way the abduction became the central theme. Since this is the most cinematic of all motives, I figured it would make it easier for the story to unfold. This narrative manifested itself naturally around the time I was wrestling with how to combine social issues and cinematic form.
The film touches on social issues concerning women and children such as stalking, domestic violence, sexual violence, and gender discrimination. It seems like you were intentionally trying to point them out one by one.
I think they are issues of interest to everyone, and that it is only natural to deal with these problems. And as someone who makes movies, I wanted to talk about social problems for once. It's a scenario I wrote a while ago, but these issues are still timely. 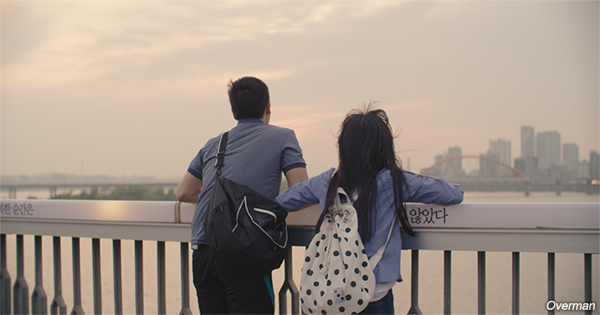 You use a variety of channels in the movie to convey your message, such as lectures, TV news reports, and public service advertisements, and you also convey it directly in the dialogues of characters. Why did you choose this kind of techniques?
That’s because it’s always in the news that we get to hear of such issues. I wanted to impart the film with a similar feeling.
Female police offer Ji-won has the ability, for instance, to extract confessions from people (The Korean title of the movie translates as “Confession”). In that respect, this is original as far as police characters go.
Ji-won is a difficult character to interpret. She’s not a character who takes part in action set pieces or is very open with her own emotions. She is more like the kind of person who is constantly preoccupied, who has doubts and keeps everything bottled up inside. She is someone who wants to speak up but cannot do it, not even within the police. I actually was really worried about how to represent her as a character that could be understood by people and which they could be drawn to. Ji-won was the most difficult character to direct out of the three leads. Although I already had in mind images of what she would be like in the final cut, this character could have felt too dull for the actor. We figured out the character as we discussed together. Among the three main characters, Ji-won is the one who gives us the viewpoint from which we observe the events of the story, and she is also the savior who moves the story forward. And she is a police officer. The police are the ones who solve situations, so they are also the ones who have to be nosy.
Both your first and second feature films are stories of people who save each other. The message in this movie that says, ‘You can go anywhere as long as there is a road’, is the part that connects it with Overman.
Overman was totally out of my mind when I was writing the dialogues. But then, the director of photography told me something, which is that this line seemed to capture the identity of the film. On second thoughts, he might have been right. I want to tell stories of people who don’t linger and look for solutions. I guess I’ve always wanted to tell stories of people who are exploring new paths. 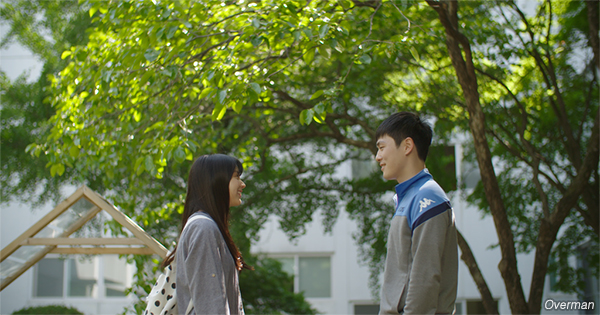 You entered the Korea National University of Arts (K-ARTS) while you were still working as a researcher at a semiconductor company.
I loved movies so much. It was already the case when I was in college. I would attend film festivals and even visit art cinemas. I realized that, living as a researcher, movies were the only things that were stimulating me, that I was only happy watching movies, and the rest of the time, I was just asking myself if I was really happy. I had the vague impression that I wanted to make movies. And I had no one to ask around. So I ended up entering K-ARTS. It was not easy to quit my job. However, I felt like I would remain unhappy if I kept working for that company. I entered K-ARTS at the age of 29. I thought it was a late age, but I took the plunge since I would be even older if I were allowing myself more time to think about it.
How was your researcher life?
It was fun. I was creating cell phones. It was fun to see so many people use them when the products came out. Same goes for movies. I’m thrilled when many people see what I have made. Anyway, in that respect, I wasn’t unhappy with my life as a researcher, but when I was considering my life on the long term, I wanted to continue watching movies, and to make movies myself. I used to write many kinds of stories when I was working. I wanted to share my stories. I tried to work harder than my friends – all the more so since I started rather late.
Since when did you watch so many movies?
My dad had a lot of influence on me. My father enjoyed movies, so the TV was turned on every day, and one day he was crying while watching a movie. That’s when I knew it for the first time. Much to my surprise, this movie was bringing my ordinarily stiff father to tears, so I wanted to know what that power was. I don’t remember which movie it was. (laugh)
What kind of stories are you usually attracted to?
I have broad interests. I kind of write a lot of scenarios. I am the happiest when I’m writing and thinking about stories. I write all kinds of stories, horror, science fiction, comedy… I don’t know what the next movie will be. I guess I just like films in general. I also enjoy watching movies that people say are not particularly good. Films are attractive by definition. For any movie, I try to find what its own strengths are and to have fun watching it. So it seems like I just love movies regardless of genre.
Any copying, republication or redistribution of KOFIC's content is prohibited without prior consent of KOFIC.
Related People Related Films