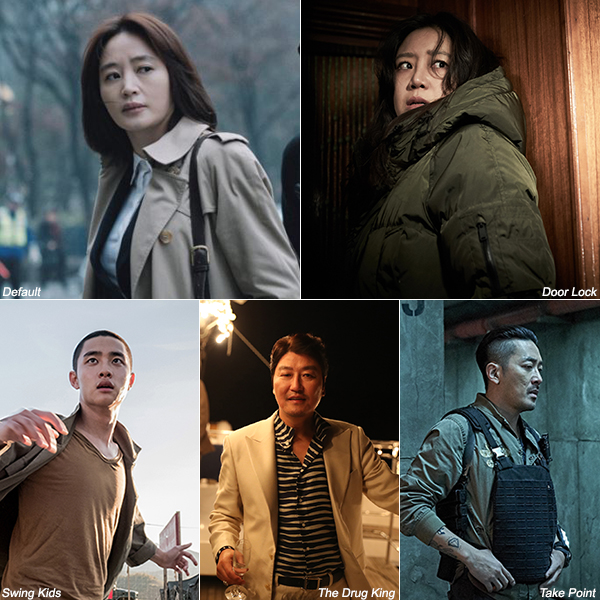 As 2018 winds to a close, the Korean film industry is readying for one last onslaught as theaters gear up for the fruitful end-of-year box office season, one of the year’s four busy cinema periods, along with the Lunar New Year, school summer holidays and Chuseok. Just like last year, three major releases and one Hollywood tentpole will go head-to-head in the peak season in the second half of the December.
Last year’s triumvirate of late-year Korean blockbusters (Steel Rain, Along with the Gods: The Two Worlds and 1987: When the Day Comes) proved to be a potent combination at the box office, boosting the combined box office to a staggering 23.88 million admissions in December, which was a 10% surge of the previous record for the month. This new trio will surely have its work cut out for it and will have difficulty reaching the same heights, but after a relatively quiet Chuseok and fall season, audiences may be hungry for some big local films.
Unlike last year, the release dates of this year’s winter tentpoles are more closely grouped together. Last year, the local tentpoles each opened on different weeks, but this time two will be launched on December 19, while the third will go on the 25th. What’s more, the DC Comics blockbuster Aquaman is also slated to open on December 19. With three major titles opening on the same day, this coveted pre-Christmas release date is reminiscent of this year’s Chuseok, when The Great Battle, FENGSHUI and THE NEGOTIATION all opened on the same day to capitalize on the holiday. While all three of those drew respectable crowds, their high budgets prevented them from recording major profits.
This week, KoBiz is taking a look at this year’s Korean winter blockbuster, but before we get to the big three, we should also take a look at a pair of earlier local releases also looking to stake a claim on the December box office.
Default 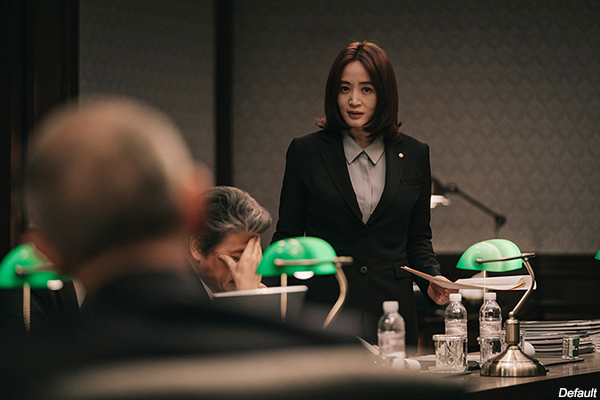 Release Date: November 28
Featuring A-listers such as KIM Hye-soo and YOO Ah-in, as well as a special appearance by international star Vincent CASSEL, this finance thriller is the sophomore work of director CHOI Kook-hee, who debuted in 2016 with the well-liked bowling drama SPLIT, featuring YOO Ji-tae and LEE Jung-hyun.
With a bigger budget and broader canvas, CHOI has tackled the sensitive IMF Crisis, when Korea entered a financial meltdown in the 1990s and opted to be bailed out by the International Monetary Fund, agreeing to exacting demands and financial oversight, in return for enough cash for the country to avoid bankruptcy. Echoing recent American financial dramas such as The Big Short, Default follows three main characters, each with their own narrative and points-of-view of the crisis.
Door Lock 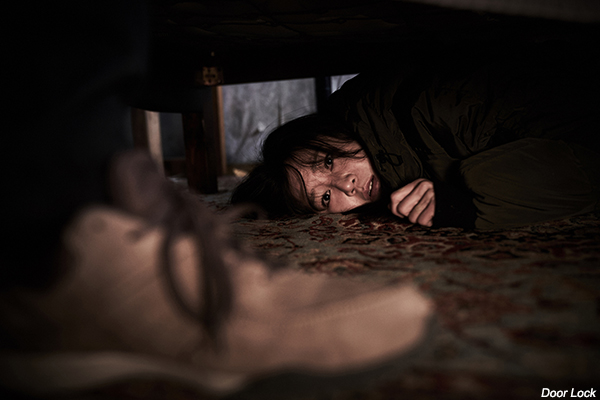 Release Date: December 5
The third film by LEE Kwon, whose last work, the horror rom-com My Ordinary Love Story, was the closing film of the Bucheon International Fantastic Film Festival in 2014, Door Lock is a remake of the acclaimed 2011 Spanish thriller Sleep Tight, from notable Spanish genre filmmaker Jaume BALAGUERÓ.
Popular star KONG Hyo-jin leads the film as a bank teller living in a small and dank studio apartment who grows increasingly paranoid that someone has been inside her living quarters. As her anxiety mounts, she begins to see dangerous men around her, including an unhinged stalker. With pertinent social themes and LEE’s deft direction, Door Lock screws up the tension in a horror narrative with something to say about life in modern Korea.
Swing Kids 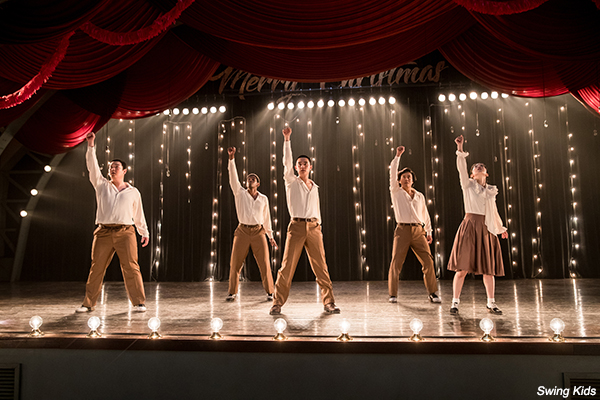 Release Date: December 19
KANG Hyoung-chul, the hitmaker responsible for Scandal Makers (2008) and Sunny (2011), returns with his ambitious fourth film. Swing Kids is a music and dance-themed drama set during the Korean War. DOH Kyung-soo, a member of the boy band Exo who has recently found success on the big screen through leading roles in films such as MY ANNOYING BROTHER (2016) and Along with the Gods: The Two Worlds (2017), plays Ro Ki-soo, a rebellious North Korean soldier serving his time at the Geoje prison camp during the War in 1951. After meeting an American officer with Broadway experience, played by dancer Jared GRIMES, Ki-soo falls in love with tap-dancing and joins a dance group along with a man looking for his wife, a Chinese soldier with a disability and a young woman who earns her keep through dance.
Known for his colorful, lively and emotional hits, KANG has tackled on his biggest challenge (not to mention budget) yet with the Swing Kids, another major title from Next Entertainment World, which has already released the hits Believer and The Great Battle this year.
The Drug King

Release Date: December 19
Originally expected to bow during the late summer season, this period drug saga is the latest film from director WOO Min-ho, following the extraordinary success of his political thriller Inside Men with LEE Byung-hun, which welcomed over nine million viewers in late 2015. Box office magnet SONG Kang-ho, last seen in the ten million viewer hit A Taxi Driver (2017), leads the cast as Lee Doo-sam, a character based on a real figure who rose to become an underworld crime lord in Busan in the 1970s.
This gangster tale also features SONG’s The Face Reader (2013) co-star JO Jung-suk, and BAE Doo-na, who has shared the screen with SONG in both Sympathy for Mr. Vengeance (2002) and The Host (2006), playing a political lobbyist. Showbox, which was also responsible for A Taxi Driver, is distributing the film locally and selling it internationally.
Take Point 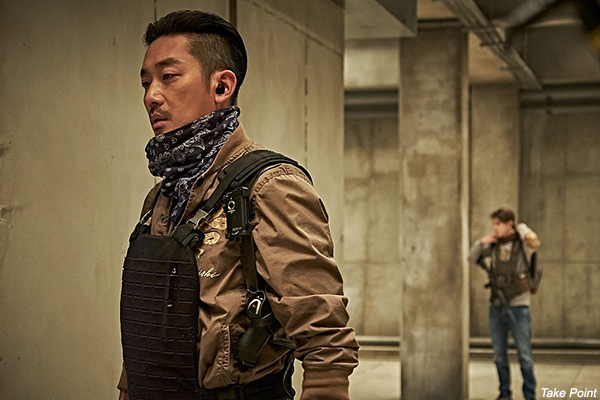 Release Date: December 25
Five years after their hit broadcast thriller The Terror, LIVE, which became one of the biggest hits of summer 2013 despite opening opposite BONG Joon-ho’s big-budget sci-fi Snowpiercer, director KIM Byung-woo and his leading actor HA Jung-woo have teamed up again on the explosive action-thriller Take Point.
Also originally slated for a summer release, Take Point is an intense action-thriller set in the future, during an US presidential election year. HA plays the leader of an elite mercenary force hired to perform a covert operation for the CIA. Their mission is to apprehend a leading North Korean official in a fortified underground bunker. Meanwhile, geopolitical tensions rise owing to fears of a third world war.
With a significant amount of English dialogue and American cast members such as Kevin DURAND (Lost) and Jennifer EHLE (Zero Dark Thirty), as well as co-star LEE Sun-kyun (A Hard Day, 2014), Take Point is positioning itself to a be a high octane global action film for distributor CJ Entertainment.
Any copying, republication or redistribution of KOFIC's content is prohibited without prior consent of KOFIC.
Related People Related Films Related Company Related News 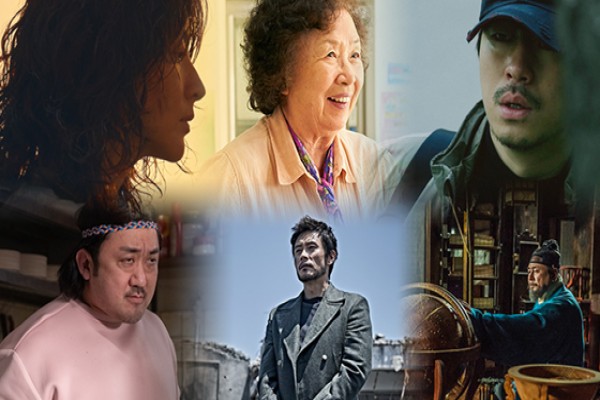