TUNE IN FOR LOVE Strikes a Chord with Local Audiences

Sep 03, 2019
METAMORPHOSIS Continues to Scare Up Business in Week 2 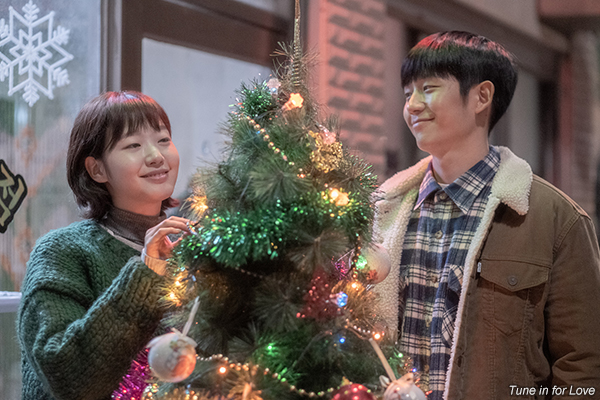 As the summer winded down, business continued to taper off during a quiet weekend that welcomed 1.81 million spectators. Local films, which occupied the top three spots, continued to be strong draws, accounting for 69% of all ticket sales.
Debuting in first place with 412,000 sales (USD 3.01 million) was director JUNG Ji-woo’s new melodrama Tune in for Love starring KIM Go-eun and JUNG Hae-in. Though the film has received very strong critical reviews, general audiences appear to be less taken with the film which may affect it going forward. Over five days the film has sold a respectable 685,000 tickets (USD 4.54 million).
Slowing 36% in its second week was the late summer horror sleeper hit Metamorphosis, which added 364,000 entries (USD 2.67 million) to push its total to a strong 1.5 million admissions (USD 10.59 million) to date.
Still going strong in its fourth week as it eased 34% was the local hit EXIT which remained in third place as it brought in another 298,000 viewers (USD 2.1 million). To date, the disaster comedy has sold 8.92 million tickets (USD 61.81 million).
Sliding two spots and 55% in week three was the Hollywood action tentpole Fast & Furious Presents: Hobbs & Shaw, which occupied fourth place with 224,000 seats (USD 1.64 million) filled over the weekend. Its total now stands at 3.42 million admissions (USD 24.93 million).
Debuting in fifth place was the shark attack horror-action 47 Meters Down: Uncaged with 192,000 entries (USD 1.4 million) over the weekend and 311,000 sales (USD 2.07 million) since its Wednesday bow.
In limited release, KIM Bora’s acclaimed debut House of Hummingbird brought in 14,000 viewers (USD 102,000) over the weekend and 21,000 spectators (USD 147,000) over five days, which was good enough for tenth place on the overall charts.
As we enter early September, most of the big guns are being held back for the Chuseok holidays later in the month but Hollywood will jump in with its horror blockbuster sequel It Chapter Two, though it may have its work cut out for it against study local holdovers.
Any copying, republication or redistribution of KOFIC's content is prohibited without prior consent of KOFIC.
Related People Related Films Related News