MONEY Cashes in during Rich Debut

Mar 26, 2019
THE DAWNING RAGE and IDOL Struggle in Debuts 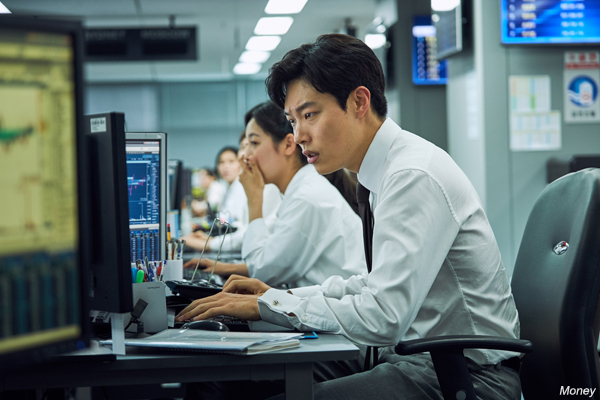 Three new local thrillers swarmed into the charts this past week and though only one of those triumphed it was enough to push sales up over 10% to 1.88 million admissions and to return the market share advantage to the domestic industry, with Korean titles commanding a 71% share of the market.
Coming it at first place was the RYU Jun-yeol and YOO Ji-tae-fronted financial thriller Money, the first Showbox-distributed title to top the charts since Dark Figure of Crime (2018) last October. The film opened with a strong 1.11 million entries (USD 8.85 million), giving it an impressive 1.54 million sales (USD 11.97 million) over its first five days. Some foreign competition lies ahead but the local thriller still appears to have plenty of gas left in the tank.
Losing about 60% of its audience in its third weekend was the superhero tentpole Captain Marvel which added 386,000 viewers (USD 3.09 million) over the weekend to bring its haul to 5.23 million spectators (USD 41.21 million) to date.
Opening in a distant third place was the Warner Bros. Korea title Jo Pil-ho: The Dawning Rage with LEE Sun-kyun, which managed just 124,000 sales (USD 1 million) during its first weekend, with 189,000 entries (USD 1.47 million) recorded since its Wednesday debut.
Even further behind was the start of Idol, the Berlinale-premiered thriller with SUL Kyung-gu and HAN Suk-kyu, which struggled with just 81,000 seats (USD 639,000) during its opening and 138,000 entries (USD 1.06 million) across its first five days in theaters.
Down 80% in its sophomore frame was the American horror The Escape Room, which added 64,000 viewers (USD 514,000) to raise its total to 544,000 admissions (USD 4.28 million).
This week will see the Hollywood horror sensation Us open alongside Tim BURTON’s update of Disney’s Dumbo.
Any copying, republication or redistribution of KOFIC's content is prohibited without prior consent of KOFIC.
Related People Related Films Related Company Related News