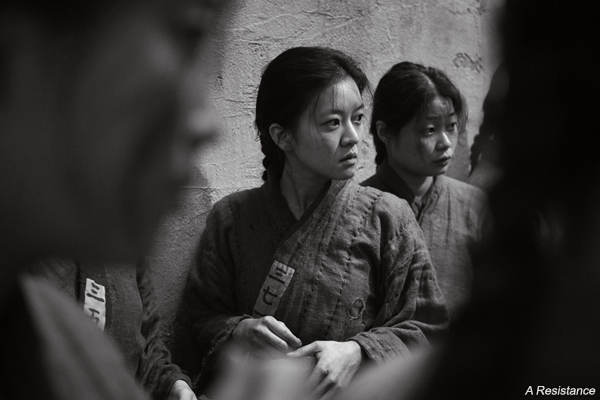 A new Korean title opened on top of the box office while local holdovers swept up much of the remaining business in a strong weekend that welcomed 2.22 million viewers to theaters. Admissions were on par with the previous week, though slightly inflated by the March 1 Independence Movement Day holiday. Six spots in the top ten, including all of the top five, went to domestic titles, giving the local industry a commanding 86% market share.
Starring KO Asung, the Colonial Era prison-set independence drama A Resistance debuted in third place on Wednesday, but found its way to first place by Independence Movement Day. Over the weekend, the Lotte Entertainment-distributed film collected 606,000 admissions (USD 4.54 million), giving it a five-day total of 791,000 entries (USD 5.63 million).
Slowing 44% in its second weekend was last week’s champ SVAHA : THE SIXTH FINGER, which added 471,000 viewers (USD 3.73 million) to give the religious cult-themed thriller a solid 2.15 million spectators (USD 15.87 million) to date.
Hanging firm in third place after a slight 18% ease was the heartwarming legal drama Innocent Witness. The film sold another 373,000 tickets (USD 2.87 million) as it saw its total increase to an impressive 2.29 million (USD 16.39 million) sales.
Still hanging around after six weeks on the charts was the local crime comedy phenomenon Extreme Job, which was down 31% as it sold another 330,000 tickets (USD 2.61 million), pushing its total to 16.03 million admissions (USD 122.36 million).
Despite the success of other local titles, the Colonial Era sports drama Race to Freedom : Um Bok Dong, starring K-pop superstar JUNG Ji-hoon (aka Rain) struggled in its debut as it opened in fifth place with just 81,000 spectators (USD 603,000) over the weekend and 154,000 entries (USD 1.04 million) over its first five days.
While 2019 to date has been kind to the local industry, Korean film will finally have to take a backseat this coming weekend as the Disney-Marvel tentpole Captain Marvel looks set to dominate the charts during its opening.
Any copying, republication or redistribution of KOFIC's content is prohibited without prior consent of KOFIC.
Related People Related Films Related Company Related News