SEARCHING Finds Its Way to the Top 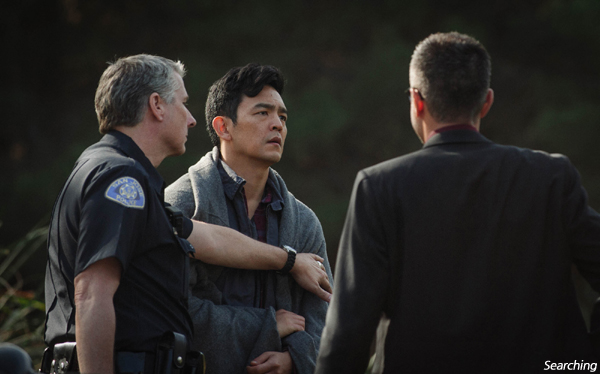 In the absence of major new titles, as multiplexes brace for an onslaught of traffic during the Chuseok holiday frame later this month, business slowed once more to 1.54 million sales over the past weekend. 64% of those went to Hollywood titles while the local market lost its advantage and claimed just 34% of market share, though that figure will quickly turn around later this week with major new domestic films wading into the field.
After an already stellar start last week, the US indie Searching, starring Korean-American actor John CHO, surged 72% to claim 767,000 admissions (USD 5.78 million) over the weekend to bring its total to a stellar 1.74 million entries (USD 13.03 million) to date, with plenty more on the way.
Remaining a strong draw in its third weekend, local romantic drama On Your Wedding Day slowed 44% as it brought in 321,000 viewers (USD 2.38 million) and lost the top spot. To date, the Megabox Plus M-distributed title has welcomed a strong 2.52 million spectators (USD 18.75 million).
Opening in a distant third place was the Blumhouse sci-fi revenge action-drama Upgrade with 89,000 tickets (USD 750,000) sold over the three-day period and 110,000 sales (USD 902,000) recorded over its first four days.
After a disappointing start, local erotic thriller High Society plunged 72%, adding 86,000 entries (USD 644,000) to bring its total to 718,000 admissions (USD 5.23 million). Rounding out the top five was the sixth frame of summer smash Along with the Gods: The Last 49 Days with 53,000 new viewers (USD 390,000), bringing its total to a gargantuan 12.23 million tickets (USD 90.7 million), which puts it over last summer’s A Taxi Driver (2017) to make it the 11th top-selling local title of all time.
Period creature feature Monstrum with KIM Myung-min and Girls’ Day member LEE Hye-, the first of this year’s films looking to capitalize on the Chuseok holiday, enters the market this Wednesday and is currently topping the reservations chart.
Any copying, republication or redistribution of KOFIC's content is prohibited without prior consent of KOFIC.
Related People Related Films Related Company