JUSTICE LEAGUE Assembles at Top of the Charts 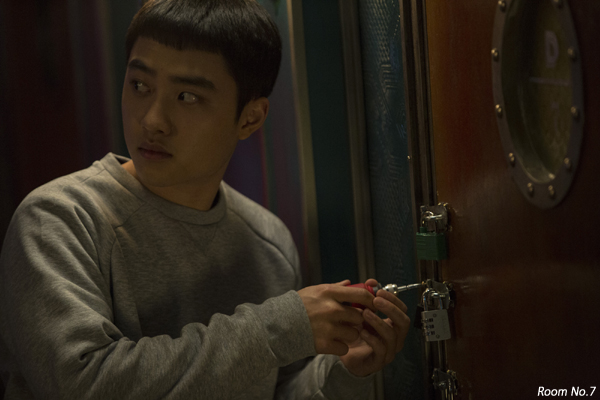 Much as it has elsewhere around the world, one of the year’s biggest blockbusters posted a smaller than expected debut in Korea, during a weekend where admissions were marginally down week-on-week. Nevertheless, the Hollywood tentpole drove the US market share up to 75% while domestic entries languished at 19% of the frame’s 1.76 million admissions.
Warner Bros’ long-awaited DC Comics superhero team up Justice League finally arrived but not with the fanfare that might have been expected. In Korea, the film debuted with a lukewarm 822,000 viewers (USD 6.44 million), which was about 25% lower than Batman v Superman: Dawn of Justice last year and almost 50% lower than the debut of Thor: Ragnarok three weeks ago, from their chief competitor Marvel. In five days the film has brought in 1.14 million spectators (USD 8.77 million) but having already lost pole position on the reservations chart it may not cross any more milestones.
Following a surprising debut, horror-comedy Happy Death Day remained very strong, siding only 29% in its sophomore frame. The high-concept Blumhouse production brought in 292,000 (USD 2.21 million) during the weekend but has not pushed its total past 1 million entries (USD 7.65 million).
In week four, Thor: Ragnarok finally lost steam as it slowed 63% for a weekend tally of 168,000 viewers (USD 1.28 million). The Disney hit has now recorded an impressive 4.59 million admissions (USD 34.04 million) in the market.
Lotte Entertainment’s comedy-thriller Room No.7, with SHIN Ha-kyun (Sympathy for Mr. Vengeance, 2002) and DOH Kyung-soo (My Annoying Brother, 2016), was a non-starter in fourth place. LEE Yong-seung (10 Minutes, 2014) film managed to fill just 157,000 seats (USD 1.17 million) in its debut, with 271,000 entries (USD 1.93 million) since Wednesday.
The Bros with Don LEE (aka MA Dong-seok) lost three quarters of its audience in week three, filling another 71,000 seats (USD 516,000) for a new total of 1.45 million viewers (USD 10.53 million). LEE’s other hit of the season THE OUTLAWS was just behind, selling another 63,000 tickets (USD 501,000) to lift its already bulging total to 6.81 million entries (USD 51.05 million).
A stellar reaction kept animation Loving Vincent on top of the limited release chart as it held almost steady, adding 39,000 sales (USD 296,000) in seventh place for an impressive 122,000 admissions (USD 898,000) total to date.
Korea should handily reclaim the top spot in the next few days with the debut of Showbox’s caper thriller The Swindlers, featuring superstar Hyun-bin (Confidential Assignment) alongside Old Boy (2003) villain YOO Ji-tae.
Any copying, republication or redistribution of KOFIC's content is prohibited without prior consent of KOFIC.
Related People Related Films Related Company