MEMOIR OF A MURDERER Strikes Again in 1st Place

Sep 19, 2017
BABY DRIVER and AMERICAN MADE Debut in Korea 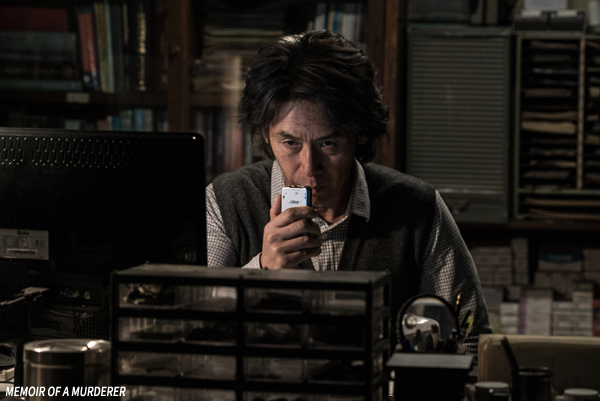 With no major new releases, last week’s local champ was able to stay on top of the charts as business slowed over 25% to 1.54 million admissions. Korean films had the strongest share of viewers over the frame but was well short of a majority with 39%.
Following A Taxi Driver, Showbox has another success on its hands with the thriller MEMOIR OF A MURDERER which dipped a reasonable 46% in its sophomore session for another 483,000 viewers (USD 3.62 million) giving it a strong 2.06 million spectators (USD 14,83 million) to date. With Chuseok on the way competition is about to get very stiff, which means WON Shin-yun’s latest will have to make the most of the next few days before bigger titles push it down the chart.
Edgar Wright’s critically acclaimed Baby Driver had a reasonable start with 338,000 tickets (USD 2.55 million) sold during its debut and it has filled 422,000 seats (USD 3.12 million) in its first four days. Both local critics and viewers have responded strongly to the film but with the new Kingsman on the way it may not have the chance to stick around for a long time.
Tom Cruise scored a tepid debut with his latest film America Made, which opened with just 216,000 admissions (USD 1.59 million) and 266,000 entries (USD 1.91 million) since Thursday. Though not a blockbuster, it was a steep fall from earlier this year, when Cruise scored an opening day record with The Mummy, a milestone that held until the debut of The Battleship Island in July.
Crashing 71% was horror title It, which has been scaring up records elsewhere. The film drew 119,000 viewers (USD 882,000) in its second weekend, with 810,000 seats (USD 5.94 million) filled in its first 12 days.
Down 58% in fifth place was The Hitman’s Bodyguard, which added 116,000 viewers (USD 907,000) for an impressive 1.5 million spectator (USD 11 million) total.
Topping the diversity chart was J.S. Bayona’s fantasy tale A Monster Calls with 36,000 admissions (USD 260,000) recorded over the frame and 47,000 entries (USD 333,000) in four days
Business should see an uptick this week when the local comedy-drama i Can Speak opens, which drew very enthusiastic reactions following its press screening.
Any copying, republication or redistribution of KOFIC's content is prohibited without prior consent of KOFIC.
Related People Related Films Related Company