FATE OF THE FURIOUS Takes Another Spin at the Top 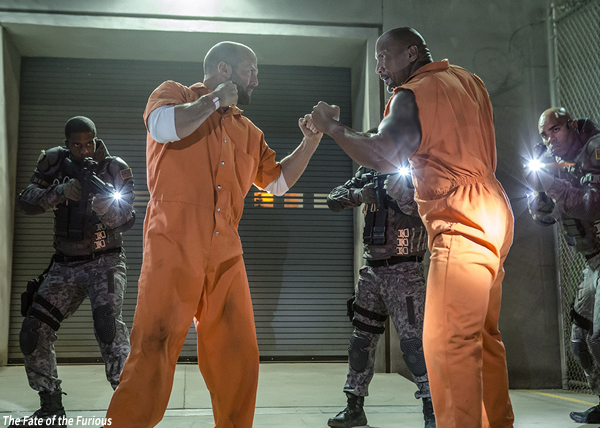 Admissions dropped 25% week-on-week during a quiet weekend with no major new releases. With The Fate of the Furious once again leading the pack, Hollywood titles accounted for 78% of the 1.22 million seats filled over the frame.
The eighth installment in the Fast and the Furious franchise welcomed another 683,000 viewers (USD 5.2 million) as it eased just 35%, giving it a 12-day total of 2.58 million spectators (USD 18.97 million). The Fate of the Furious will now try to catch up with Furious 7’s series best 3.25 million admissions total in the coming weeks.
Down a slight 20% was local body swap comedy Daddy You, Daughter Me which sold another 160,000 tickets (USD 1.16 million). However, given its slow start, word of mouth may not save the picture, which now has a total of 542,000 entries (USD 3.78 million).
Still near the top of the chart after well over a month in theaters, Disney’s Beauty and the Beast slid just 32%, welcoming another 105,000 viewers (USD 775,000). The live action hit now has just over 5 million admissions (USD 36.36 million).
The highest new entry was the Power Rangers film which debuted in fourth place with just 50,000 recorded entries (USD 358,000) over the weekend and 62,000 admissions (USD 435,000) since its Thursday start.
Local crime drama The Prison dropped 63% as it continued to shed theaters, bringing in another 29,000 spectators (USD 223,000). The Showbox title has accumulated sturdy 2.92 million admissions (USD 20.9 million).
Business should pick up in a big way this coming weekend, with both the CHOI Min-shik election drama The Mayor and period detective comedy The King’s Case Note promising to draw in large spring crowds.
Any copying, republication or redistribution of KOFIC's content is prohibited without prior consent of KOFIC.
Related People Related Films Related Company