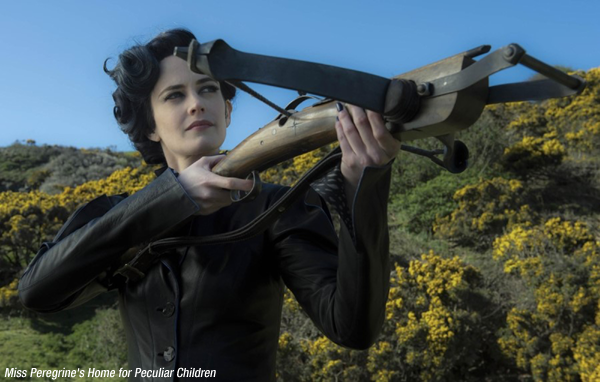 Fortunes were reversed at the box office as last week’s top two films had very different responses and a new US horror film had a surprisingly strong debut. Nevertheless, business cooled off 25% to 1.85 million admissions and Hollywood scored its first market share win in months, with 73%, as local films were pushed down to 25%.
Growing 10% in its sophomore frame following good word of mouth and a thirst for family titles was Tim Burton’s Miss Peregrine's Home for Peculiar Children, which added 661,000 tickets (USD 4.96 million) to bring its haul to a healthy 2 million admissions (USD 14.44 million) and still some more gas left in its tank.
US horror Don’t Breathe benefitted from a lack of competition to post a better than expected debut with 392,000 viewers (USD 3.1 million) in its first frame and 568,000 spectators (USD 4.36 million) in its first five days. While the film has been well received, its fortunes may be short-lived.
Slipping a troubling 80% was Asura : The City of Madness, which added 207,000 admissions (USD 1.61 million) to bring its ticket haul to a sizeable but disappointing 2.47 million spectators (USD 17.51 million).
Bridget Jones’ Baby lost a third of its audiences after attracting 139,000 viewers (USD 1.07 million) over the weekend, which gives it 625,000 tickets (USD 4.58 million) in the bank.
Rounding out the top five were previews for the new comedy-thriller LUCK-KEY with YOO Hae-jin. The film brought in 126,000 spectators (USD 980,000) and is handily topping the reservations chart ahead of its Thursday debut.
Opening in fine form atop the diversity chart and eighth overall was E J-yong’s Berlinale-invited drama The Bacchus Lady with 32,000 tickets (USD 231,000) sold over the weekend and 44,000 admissions (USD 305,000) since Wednesday.
Any copying, republication or redistribution of KOFIC's content is prohibited without prior consent of KOFIC.
Related People Related Films