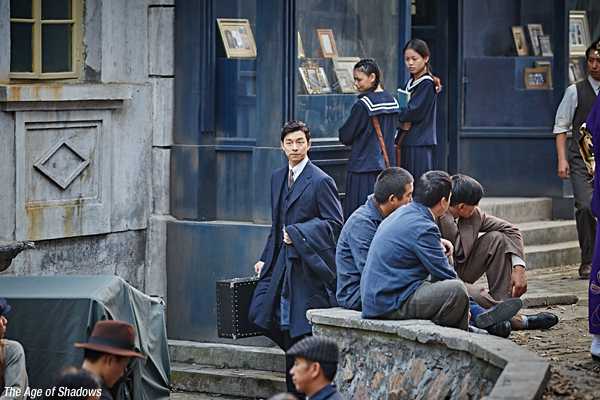 Following the Chuseok festivities business cooled off significantly at the box office and with no new wide releases on deck, a new diversity release landed in the top five. Though falling just shy of a majority, Korean releases still led the country market share, accounting for 46% of the 1.96 million sales tracked over the weekend.
After dominating the charts for two weeks, KIM Jee-woon’s The Age of Shadows slowed 78% to add another 459,000 viewers (USD 3.5 million). The action-thriller is now at 6.89 million viewers (USD 51.37 million) and will overtake Tunnel to become the third biggest local release of the year, behind TRAIN TO BUSAN and A Violent Prosecutor, at some point this week.
Ben-Hur tumbled 67% in week two, drawing another 192,000 spectators (USD 1.43 million), giving it 1.23 million viewers (USD 9.17 million) in 12 days. Meanwhile fellow remake The Magnificent Seven, with local star LEE Byung-hun, was off 73% with another 105,000 tickets (USD 792,000), bringing it to an underwhelming 880,000 admissions (USD 6.65 million).
Landing in fourth place during its debut was Japanese zombie title I Am a Hero with 101,000 viewers (USD 828,000) and 147,000 spectators (USD 1.15 million) since Wednesday, despite playing on less screens than any other film in the top ten. The success story likely has something to do with TRAIN TO BUSAN’s popularity this summer.
Closing out the top five after an 84% drop was KANG Woo-suk’s The Map Against the World with another 50,000 attendees (USD 363,000), giving it 949,000 admissions (USD 6.92 million) to date.
KIM Sung-soo’s Asura : The City of Madness is leading the reservation charts and should have no trouble topping this coming weekend with its combination of major stars such as JUNG Woo-sung and HWANG Jung-min.
Any copying, republication or redistribution of KOFIC's content is prohibited without prior consent of KOFIC.
Related People Related Films Related News