Bond No Match for THE PRIESTS 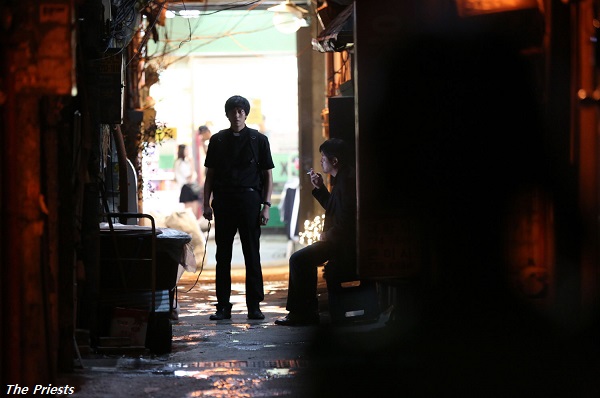 Two weeks ago, few would have imagined that any contender would challenge the 24th installment of the Bond franchise, a series that has grown increasingly popular in Korea in recent years, yet a local film staged a major upset by remaining on top of the charts in its second week. With two blockbusters in the marketplace, attendance rose over the weekend, reaching 2.69 million, of which 51.5% was for domestic films.
Continuing its phenomenal run was local exorcism thriller The Priests, which remained in first place after a slight 22% slide, netted it another 1.09 million admissions (USD 7.45 million) over the weekend. Resuscitating the flagging box office with clout of KIM Yun-seok and GANG Dong-won, JANG Jae-hyun’s debut film has now accrued 3.5 million viewers (USD 24.52 million).
Packing a solid number but in a surprising second place finish was Spectre. While the pic has delivered robust business in western markets for Sony Pictures, its Korean release mustered 828,643 spectators (USD 5.73 million), a respectable figure, though lower than its performance elsewhere. The latest Bond now has 1.19 million viewers (USD 8.05 million) after five days in theaters.
Sharing 86.2% of the marketplace between them, it was slim pickings for other holdovers as The Martian added 57,101 tickets (USD 381,708) to its 4.84 million haul (USD 33.67 million). In fourth place, rerelease Eternal Sunshine of the Spotless Mind (2005) continued to perform well, attracting another 47,894 viewers (USD 350,407) for a new total of 312,305 admissions (USD 1.67 million). Rounding out the top five was Steven Spielberg’s Bridge of Spies, adding 38,241 moviegoers (USD 254,272) for a revised total of 243,165 admissions (USD 1.62 million).
Any copying, republication or redistribution of KOFIC's content is prohibited without prior consent of KOFIC.
Related People Related Films