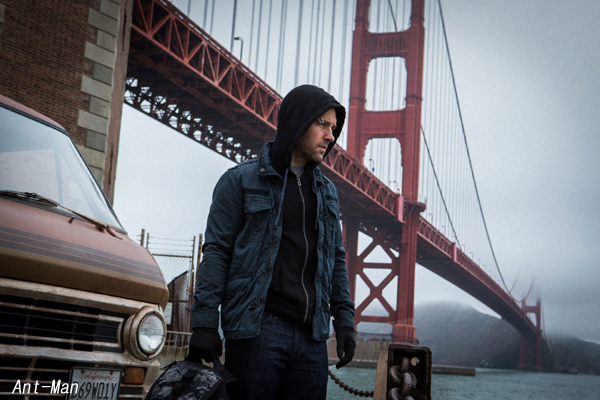 After four weeks on top, Veteran finally made way for a new entry as Marvels’ Ant-Man brought Hollywood back into the game following a period of local dominance. Business was up marginally over the frame, as 2.56 million spectators shuffled into theaters, and US films claimed a slight majority with a 50.3% market share.
Though Ant-Man bowed around the world in mid-July, distributor Disney opted to delay its release in Korea (where Marvel films often open a week earlier than the US), likely in a bid to avoid the high summer season that has traditionally been dominated by local fare. In its first week, the superhero flick garnered 1.13 million viewers (USD 7.99 million). With solid word of mouth, the film is expected to add significantly to that strong debut.
Sliding 45% in its fifth frame, RYOO Seung-wan’s Veteran added another 599,460 spectators over the weekend (USD 4.03 million). Having reached 11.88 million admissions to date (USD 77.17 million), the film currently sits at ninth on the all time domestic chart.
HONG Won-chan’s debut horror-thriller Office, which premiered as a midnight screening at the Cannes Film Festival earlier this year, mustered a so-so 207,263 viewer opening (USD 1.38 million). With middling reactions from audiences its prospects going forward are uncertain.
BAIK’s high-concept melodrama The Beauty Inside was down 50% in its third outing, adding 201,799 viewers (USD 1.37 million) for a respectable total of 1.79 million (USD 11.66 million). In fifth place, CHOI Dong-hoon’s Assassination moved up to the sixth spot on the all-time chart last week and pulled in another 152,144 filmgoers (USD 1 million). The period hit has now accrued 12.49 million viewers (USD 80.25 million).
On the diversity chart, French drama The Belier Family was unable to hold onto its audience after an impressive start, dipping 65% to 12,741 viewers (USD 84,858) for a running total of 92,385 admissions (USD 583,959). Deep Trap and Love Never Fails, both independent Korean releases, will be released this week though Ant-Man looks set to repeat on top of the chart.
Any copying, republication or redistribution of KOFIC's content is prohibited without prior consent of KOFIC.
Related People Related Films Related News