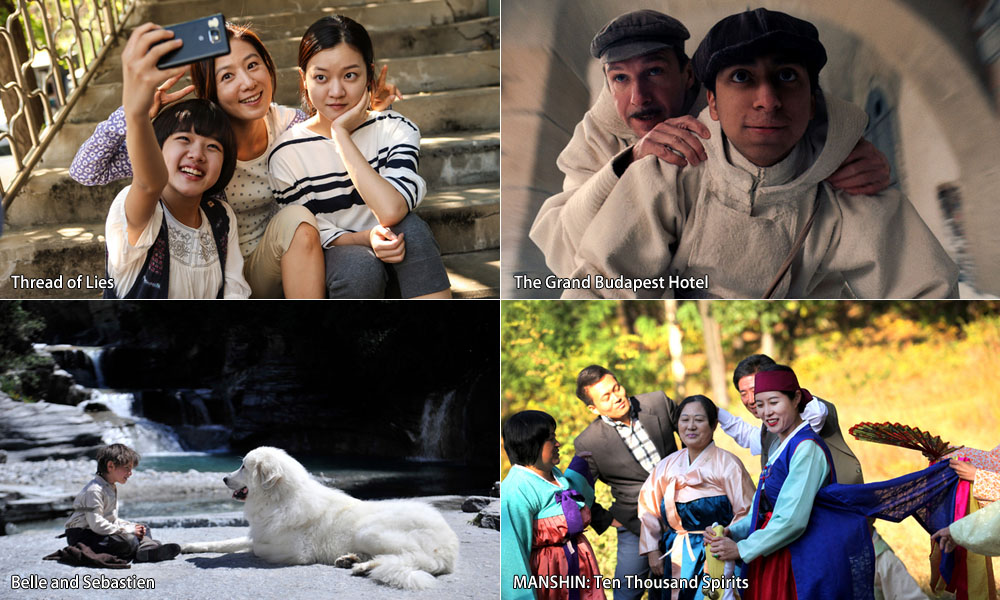 Thread of Lies, the new feature film by Punch (2011) director LEE Han, is doing well at the box office among Hollywood blockbusters. Released on the 13th of last month, the film added 200,655 admissions over the weekend, and has now topped 1.4 million nationwide. Its success is due to the wonderful chemistry between the actresses, including KIM Hee-ae, KO Ah-sung and KIM You-sung, and the strong social messages that are capturing audiences‘ hearts. However the box office performance of Monster, starring LEE Min-ki and KIM Go-eun, has been less impressive. Though released on the same day as Thread of Lies, Monster drew less than 10,000 viewers in 138 screens over the weekend, and is wrapping up in theaters. The film recorded only 525,247 spectators in total as of the 2nd of this month.
The Grand Budapest Hotel, released on March 20th, is performing well at the box office. The film, which was directed by Wes Anderson of The Royal Tenenbaums (2001) and Moonrise Kingdom (2012) and stars Ralph Fiennes, Tilda Swinton, Bill Murray and Adrien Brody, drew 115,172 spectators over the weekend. The film’s total reached 321,717 admissions as of the 2nd of April. Meanwhile, Non-Stop and 300: Rise of an Empire are slowing down. One-man action vehicle for Liam Neeson, Non-Stop passed 2.1 million viewers nationwide, adding 25,742 over the weekend to its tally, and the graphic novel 300: Rise of an Empire has brought in 1,591,856 viewers to date.
The French movie Belle et Sebastien showed strength on the diversity film box office chart. The family movie from the production team of Untouchable (2011), Belle et Sebastien brought 28,459 viewers over the weekend with a 23.2% ticket sales share. Meanwhile, Manshin: Ten Thousand Sprits, starring MOON So-ri, KIM Sae-ron and RYU Hyun-kyung and directed by PARK Chan-kyong, passed 30,000 moviegoers nationwide as of last weekend. 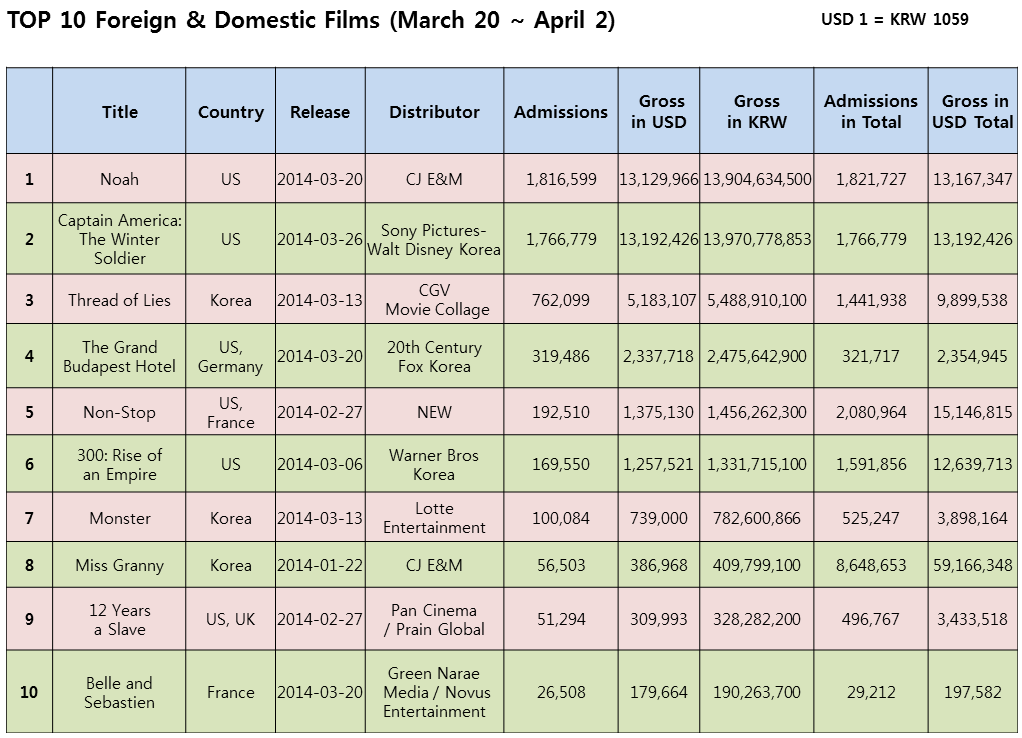 By TAE Sang-joon
Any copying, republication or redistribution of KOFIC's content is prohibited without prior consent of KOFIC.
Related Films