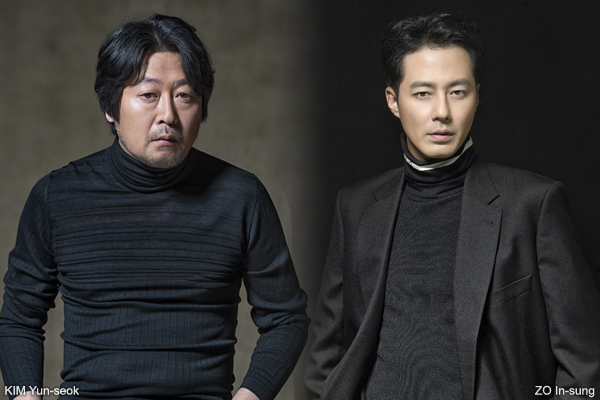 Action maestro RYOO Seung-wan is preparing to get back in the director’s chair with Escape (working title), a new action-drama that could see him work for the first time with actors KIM Yun-seok and ZO In-sung, who are considering offers to star in the film. Co-star HUH Joon-ho has already confirmed his participation.
Based on real events, Escape is set during the Somalia Civil War in the 1990s and will detail a perilous escape attempt made by North and South Korean embassy workers stranded during the conflict.
KIM Yun-seok, who is known for The Chaser (2008), The Thieves (2012) and The Priests (2015) among many others, recently revealed his directorial debut Another Child, which received strong reviews earlier this year. Star of A Dirty Carnival (2006), ZO’s recent credits include the prosecutor saga The King (2017) and the siege action-drama The Great Battle (2018). HUH was last seen in the financial thriller Default (2018) and KIM Jee-woon’s sci-fi action-drama ILLANG : THE WOLF BRIGADE (2018).
The film will be produced by Filmmaker R & K, the company that RYOO runs with producer KANG Hae-jung. In addition to being responsible for RYOO’s previous films, including The Unjust (2010), Veteran (2015) and The Battleship Island (2017), the company has been expanding into other projects, which include this summer’s disaster movie EXIT and upcoming thriller Hostage (translated title) with HWANG Jung-min and the webtoon adaption Start (translated title) with Don LEE (aka MA Dong-seok).
Filmmaker R & K will team up with Along with the Gods series creator Dexter Studios to co-produce the film. Escape (working title) is gearing up for a shoot during the second half of this year which will kick off in Morocco in anticipation of a 2020 release.
Any copying, republication or redistribution of KOFIC's content is prohibited without prior consent of KOFIC.
Related People Related Films Related Company Related News