Director and Stars Gather for THE FACE READER Press Conference 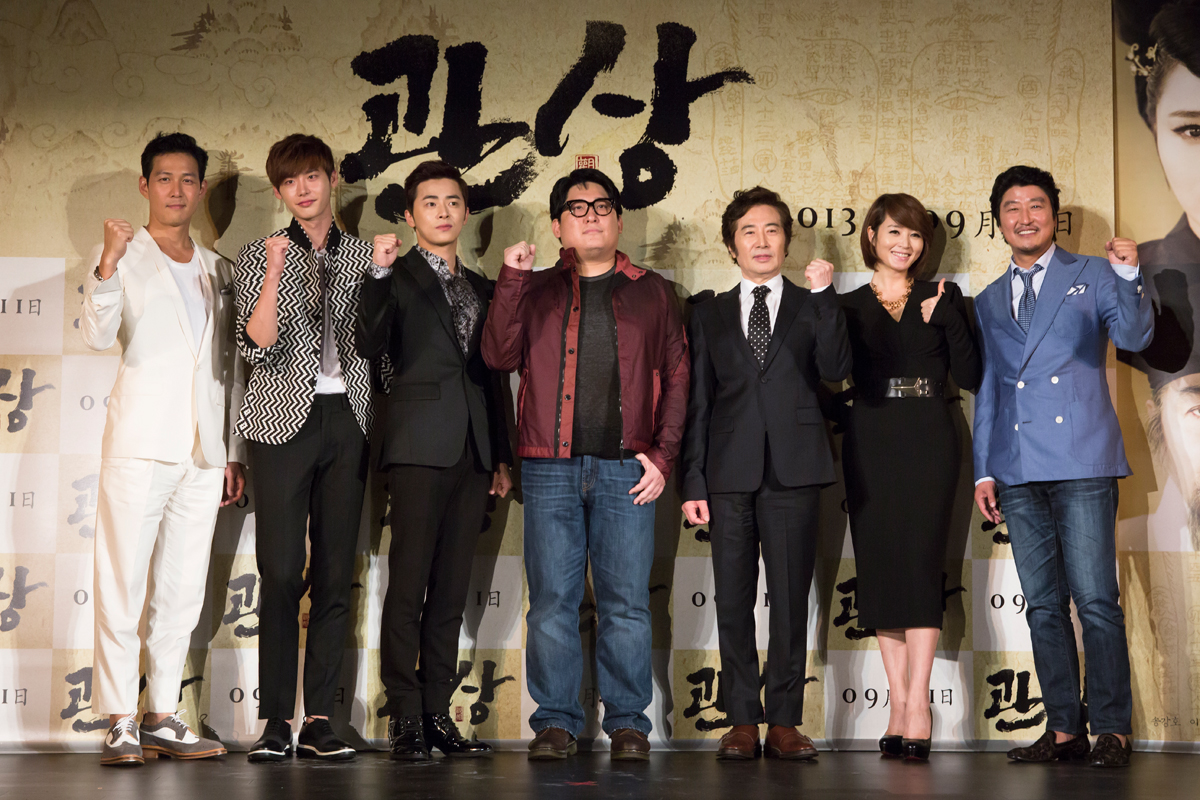 A production press conference was held for The Face Reader at Megabox, Dongdaemun of Jung-gu in Seoul with the participation of popular Korean actors and actresses such as SONG Kang-ho, LEE Jung-jae, BAEK Yoon-shik, KIM Hye-soo and LEE Jong-suk in the afternoon of August 12th. Director HAN Jae-rim has returned with The Face Reader, six years after directing Rules of Dating (2005) and The Show Must Go On (2007). The physiognomy-based film tells the story of a genius face reader who can see the future by reading faces, and then tries to change the destiny of the Joseon Dynasty in the 15th century. “These wonderful actors and actresses remind me of the fact that I shot the film with great people,” HAN said. “People around me joked that I must have saved my country in my former life. I am blessed to have had such a good cast.” Before The Face Reader, SONG worked with HAN on The Show Must Go On. In The Face Reader, he appears as Nae-gyeong, the best face reader in the Joseon Dynasty. “I had the honor of working with SONG, one of the greatest actors of our time,” director HAN said. “The Face Reader is a very unique period film. I am anticipating good results and responses,” SONG said.
Also of note is the acting duel between LEE Jung-jae and BAEK Yoon-shik, who each play Prince Su-yang and Kim Jong-seo, two real historical characters. “Audiences will see a young Prince Su-yang who is a bit tough but dignified as a prince. I am sure you will be impressed with the character,” LEE said. “I really enjoyed playing with LEE,” said BAEK who performed with LEE in The Face Reader for the first time.” “Its screenplay really gripped me,” said KIM Hye-soo who plays kisaeng Yeon-hong, the only female character in the film. “All the characters are attractive,” said KIM while also expressing strong confidence in the film. On the other hand, two new rising stars, JO Jung-suk of Architecture 101 and Almost Che and LEE Jong-suk of As One and Soar into the Sun play Paeng-heon, a colleague of Nae-gyeong and Jin-hyeong, the son of Nae-gyeong. The Face Reader will premiere on September 11th.
Any copying, republication or redistribution of KOFIC's content is prohibited without prior consent of KOFIC.
Related People Related Films