2nd Chance to See The Magicians, Host&Gest and More 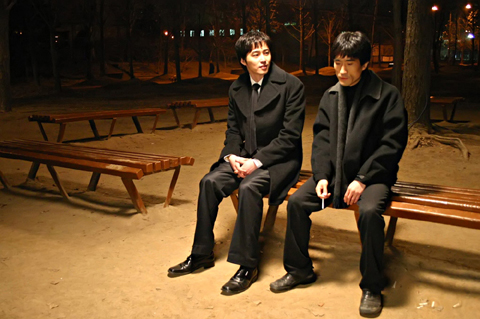 Writer/director SONG Il-gon showed great skill, inventiveness and imagination by filming The Magicians in one take, even more when considering that the storyline moves between past and present. The plot revolves around former band members who come together to commemorate the suicide of one of them. The ghost of the deceased is also present and observes how they still struggle with the loss and their feelings of guilt.

Host & Guest is the feature film debut of director/writer SHIN Dong-il. His film examines Korean society through protagonists who represent minorities in Korea. The film was invited to several international film festivals and received positive criticism.

Between is a documentary about a woman facing the dilemma whetherto become a shaman and is directed by LEE Chang-jae. LEESONG Hee-il's No Regretdeals with gay-sexuality and broke records at the box office for independent films. Writer/director's ZHANG Lu's Grain in Ear portrays the struggle in China of a single mother with Korean roots. E. J-yong adapted the popular internet comic Dasepo Naughty Girls into film. The humorous light satire about sexual mores at a high school includes musical elements.

The event starts Friday December 29, 2006 with No Regret. The Hypertech Nada/Dongsoong Art Center website is http://www.dsartcenter.co.kr/ and their telephone number is (02)-766-3390.