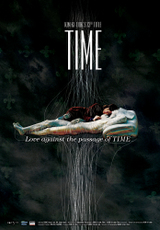 The deal was sealed by international sales agent Cineclick Asia. This marks the second of KIM's films to be bought by Lifesize, following the 2002 feature Bad Guy. Lifesize also bought and released LEE Chang-dong's Oasis (2002).

Time, which screened as the opening film at the Karlovy Vary International Film Festival, tells the story of a woman who uses plastic surgery to make herself unrecognizable to her boyfriend.

"Breath" will star Chinese actor Chang CHEN, who appeared in Ang LEE's breakaway hit Crouching Tiger, Hidden Dragon, as a death row convict who falls in love with a woman who discovers her husband cheating.