SPACE SWEEPERS to Lift Off February 5 on Netflix 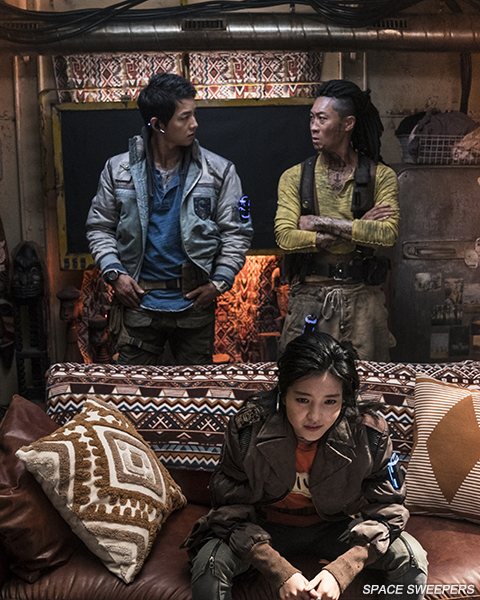 Following two postponed theatrical release plans owing to the global spread of COVID-19, the big-budget space-set action-drama has finally set a launch date of February 5, just ahead of the Lunar New Year holidays, when it will be made available online internationally in all markets serviced by Netflix.
Billed as Korea’s first big-budget space film, Space Sweepers reunites JO Sung-hee and SONG Joong-ki, the director and star of the 2012 hit A Werewolf Boy. SONG plays the ace pilot of a spaceship named Victory that scavenges space debris. The film also features KIM Tae-ri of The Handmaiden (2016) as an ex-pirate, Extreme Job (2019) star JIN Seon-kyu as the on-board engineer, and the voice of A Taxi Driver (2017) star YOO Hae-jin as a reprogrammed military robot.
Financier and distributor Merry Christmas had originally planned to release this film in summer last year, but delayed its plan as the pandemic continued. It next fixed a date during the Chuseok holiday in September but ultimately abandoned those as a new surge in COVID cases swept the country. News broke later last year that they sold the film to Netflix for international distribution.
Co-financing the film along with Merry Christmas were the Chinese outfit Huayi Tencent Entertainment and the Korean visual effects company Dexter Studios.
Any copying, republication or redistribution of KOFIC's content is prohibited without prior consent of KOFIC.
Related People Related Films Related Company