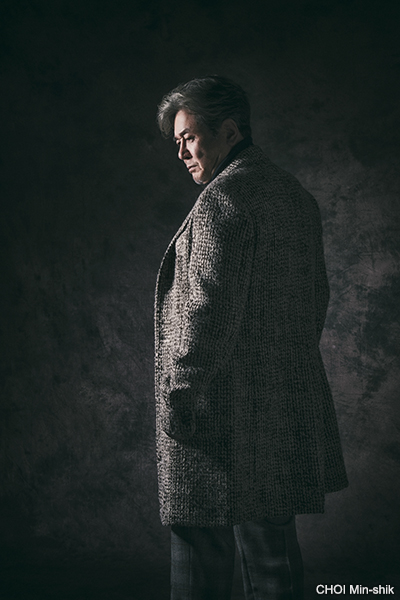 Veteran star CHOI Min-shik is mulling a return to the small screen. His agency C-JeS Entertainment confirmed that he is positively considering an offer to star in the series Casino, from THE OUTLAWS (2017) director KANG Yun-sung. If he accepts the role, it would mark a return to the small screen for the actor after 24 years. Plot details for the series have yet to be revealed.
Last seen in a TV series in Love and Parting, which aired on MBC from 1997 to 1998, CHOI is chiefly known as a film star, having appeared in works such as Swiri (1999), Old Boy (2003), I Saw The Devil (2010) and Roaring Currents (2014), the most successful Korean film of all time. The actor most recently appeared in IM Sang-soo’s Heaven: To the Land of Happiness alongside PARK Hae-il, which was selected for the Cannes Film Festival earlier this year but as yet to screen officially.
KANG Yun-sung, who is both directing and scripting the series, debuted as a filmmaker with the surprise hit crime film THE OUTLAWS (2017) with Don LEE and YOON Kye-sang, which took the Chuseok holiday crown in 2017. He followed that up with the election drama Long Live the King last year.
Filming for Casino is anticipated to start next year and the series will also air at some point in 2021, though a network or streamer has yet to be determined. C-JeS Entertainment will co-produce the show with BA Entertainment.
Any copying, republication or redistribution of KOFIC's content is prohibited without prior consent of KOFIC.
Related People Related Films Related Company Related News