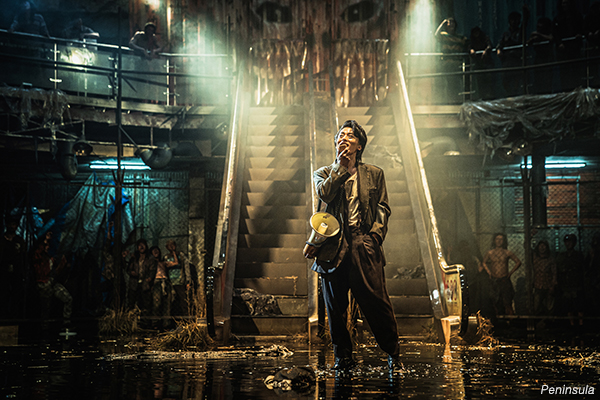 The COVID-19 virus has been wreaking havoc on Korea and its film industry, but one silver lining has become evident at the box office, as Korean films have enjoyed an unprecedented majority on the charts. While overall grosses have dipped significantly over recent years, the lack of Hollywood competition has allowed local films, which started to return to theaters in earnest in June, to gobble up 61.7% of sales during the first six months of the year.
The year began with normal figures up to and including the Lunar New Year holiday, but once the pandemic made its presence known in Korea, the number of releases and audiences began to plummet, though the majority of cinemas have remained open throughout the year. Korea’s gain was Hollywood’s loss, as their market share dipped to 31.2%, 13.7% less than what it had achieved last year.
The figure has only grown further in Korea’s favor as summer has worn on and hot titles like Peninsula, which opened with a whopping 93% market share, and Steel Rain2: Summit have been released with little in the way of competition. In July, 83.5% of all tickets sold were for local titles.
The picture at the start of August is pretty much the same, with few prospects for Hollywood to reclaim its share of the Korean market. American tentpoles have experienced significant release delays, and at present, the only film scheduled to open in Korea in the near future is Christopher NOLAN’s Tenet on August 26, though it has already failed to stick to three previous release dates.
Any copying, republication or redistribution of KOFIC's content is prohibited without prior consent of KOFIC.
Related Films Related News