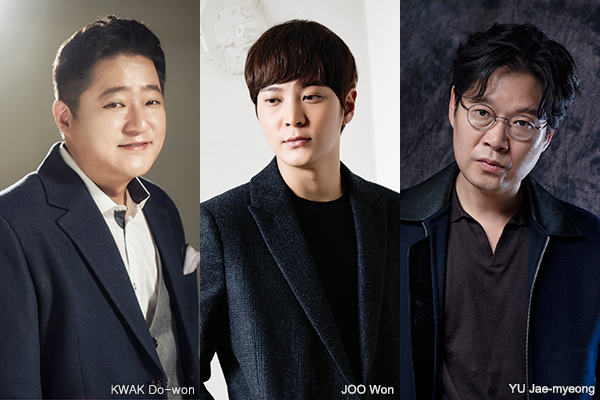 Veteran filmmaker KWAK Kyung-taek, known for Friend (2001), one of the original Korean blockbusters, is deep in preparations for his 15th film, titled Fireman (translated title). KWAK has assembled a top-drawer cast, which will be headlined by KWAK Do-won, JOO Won and YU Jae-myeong and also feature LEE Yoo-young, KIM Min-jae, OH Dae-hwan, LEE Jun-hyuk and JANG Yeong-nam.
Plot details are scarce, but YU Jae-myeong, recently seen in The Beast (2019) and Bring Me Home (2019) will play the commander of a firefighter unit, while KWAK Do-won of The Wailing (2016) and JOO Won of Fatal Intuition (2015) will play members of his unit. LEE Yoo-young (Yourself and Yours, 2016) will play a paramedic and KIM Min-jae (The Battleship Island, 2017), OH Dae-hwan (The Great Battle, 2018) and LEE Jun-hyuk (No Mercy, 2019) will also play firefighters. JANG Yeong-nam (Ode to My Father, 2014) is on board as the wife of KWAK Do-won’s character.
Active since the 1990s, Director KWAK most recently co-directed the Korean War drama Battle of Jangsari (2019). His other major credits include Champion (2002), Typhoon (2005), Friend: The Great Legacy (2013) and RV: Resurrected Victims (2017).
Principal photography for Fireman is due to kick off on May 18 and the film is being financed by AceMaker Movieworks. The project was originally aiming to start production in late March but experienced a slight delay, first to April 16 and now to its current mid-May date owing to concerns over the Covid-19 pandemic. Due to the delays, actor YOO Seung-ho (Seondal: The Man Who Sells the River, 2016) was forced to step down from the project. The film will find its way to theaters in 2021.
Any copying, republication or redistribution of KOFIC's content is prohibited without prior consent of KOFIC.
Related People Related Films Related Company Related News