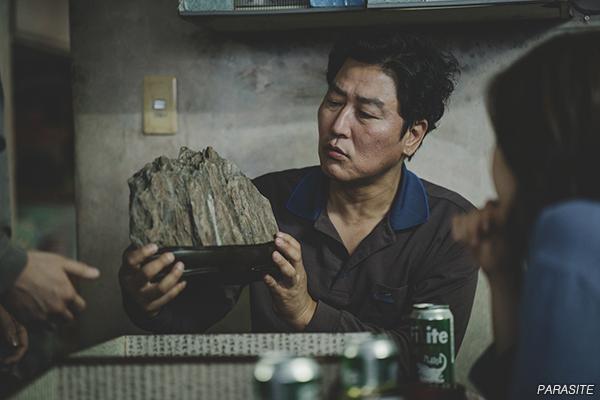 Director BONG Joon-ho has triumphed once again with his latest film PARASITE, which has earned the Best Feature Film Award from this year’s 13th Asia Pacific Screen Awards (APSAs).
BONG’s first fully Korean-language work in ten years, PARASITE began its sensational awards and box office run when it screened in competition at this year’s Cannes Film Festival, where it became the first ever Korean film to earn the Palme d’Or. The film went on to welcome over ten million viewers in Korea and became a box office hit in several countries, including the United States where it is currently screening and has to date grossed over USD 18 million, making it the highest earning foreign-language release of the year in that market.
PARASITE is the second Korean film to take the top award at the APSAs, following LEE Chang-dong’s win for Secret Sunshine at the first ever edition in 2007. BONG’s films been among the main award winners before, when KIM Hye-ja won the Best Performance by an Actress prize for her role in his 2009 film Mother.
Other Korean films to be nominated at this year’s Asia Pacific Screen Awards included KIM Bora’s House of Hummingbird, for which PARK Ji-hu was nominated for Best Performance by an Actress, and Best Animated Feature nominee Underdog. Korean cinematographer KIM Hyun-seok was also nominated for his work on the Chinese film So Long, My Son.
Any copying, republication or redistribution of KOFIC's content is prohibited without prior consent of KOFIC.
Related People Related Films Related News