More Prizes for HOUSE OF HUMMINGBIRD in Malaysia and Jerusalem 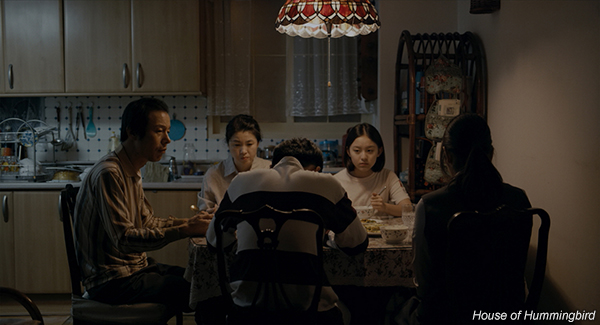 KIM Bora’s sensational debut continues its award-winning festival tour after picking up three prizes from the Malaysia Golden Global Awards, for Best Director, Best Supporting Actress and Best Cinematography, as well as the Best First Feature Award at the Jerusalem Film Festival. KANG Kuk-hyun earned the Best Cinematography Award, while KIM Sae-byuk was awarded Best Supporting Actress, with KIM of course taking the Best Director Prize in Malaysia.
PARK Ji-hu stars in KIM’s film as a 14-year-old girl navigating a complicated family and social life in Seoul in 1994, a time when the country was in a period of great change and a year which featured several landmark events.
House of Hummingbird kicked off its run in the New Currents competition of the Busan International Film Festival last October and had its international debut at the Berlin International Film Festival this February, where it earned the Grand Prix for the Best Feature in the Generation 14plus section. To date it has earned 25 prizes, including Best International Narrative Feature at the Tribeca Film Festival, the Grand Jury Prize at the Seattle International Film Festival and the Golden Tulip for Best Film at the Istanbul Film Festival.
House of Hummingbird will be release domestically on August 29.
Any copying, republication or redistribution of KOFIC's content is prohibited without prior consent of KOFIC.
Related People Related Films Related Company Related News