THE CULPRIT Escapes to 5 Foreign Markets 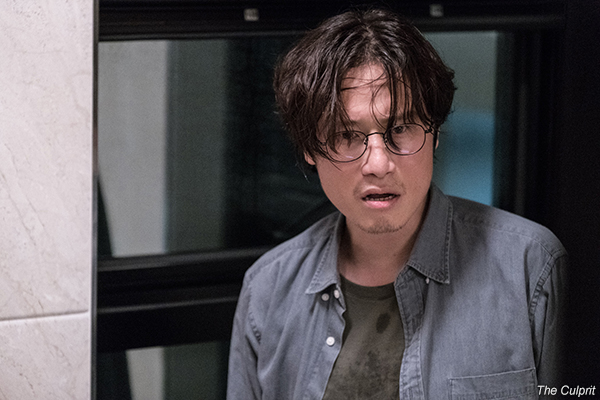 Following its premiere at the Bucheon International Fantastic Film Festival (BIFAN) last month and its domestic theatrical release on July 10, the new Korean thriller The Culprit has been courting interest from overseas after selling to five foreign territories.
Among those international territories is Taiwan, where the film was released on July 19. The thriller has also secured distributors in Japan, Singapore, Malaysia and Indonesia. The film had its first screening in the Bucheon Choice competition section of this year’s BIFAN, where it earned the Bucheon Choice: Features Audience Award. Director KOH Jung-wook previously earned there the Audience Award for Best Short Film with Poison Frog in 2012.
SONG Sae-byeok of A Girl at My Door (2014) and Seven Years of Night (2018) stars as Young-hoon, a man whose wife is murdered at home one night and whose best friend (Min-seok) is fingered as the suspect by the police. Young-hoon has difficulty believing his friend was involved and Da-yeon, played by YOO Sun of Don’t Cry, Mommy (2012), his friend’s wife, wants him to testify on his behalf. Grief-stricken and unsure what to believe, Young-hoon begins to take matters into his own hands.
The Culprit is the feature debut of Director KOH, who also wrote the project and previously worked as an assistant director on the thriller Montage (2013). The film has attracted just over 160,000 viewers (USD 1.17 million) during its theatrical release in Korea.
Any copying, republication or redistribution of KOFIC's content is prohibited without prior consent of KOFIC.
Related People Related Films Related Company Related News