MEMOIR OF A MURDERER Picks Up Prizes in Beaune and Brussels 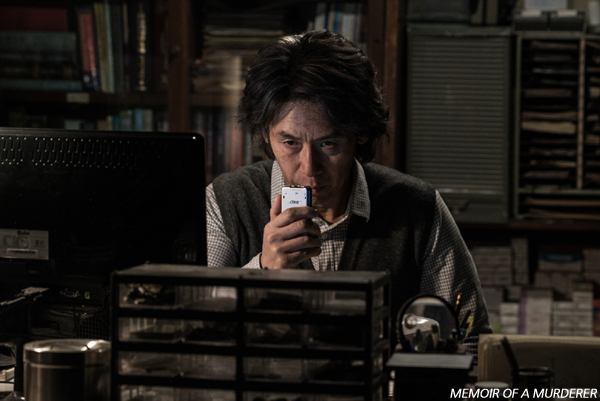 Korean serial killer thriller MEMOIR OF A MURDERER (2017) from director WON Shin- has become a festival hit in Europe, where it recently picked up prizes from two events in April. The film was awarded the Jury Prize at the 10th International Thriller Film Festival of Beaune, in France, as well as the Thriller Prize at the 36th Brussels International Fantastic Film Festival. Meanwhile, LEE crime drama A Special Lady (2017) received a special mention in the thriller competition at Brussels.
Starring SUL Kyung-gu (The Merciless, 2017) and based on a novel by acclaimed Korean author KIM Young-ha, ‘Memoirs of a Murderer’ focuses on an aging serial killer who suffers from Alzheimer's disease and attempts to save his daughter from another serial killer he detects in their midst. The film is the latest from The Suspect (2013) director WON Shin- and also stars KIM Nam- (Pandora, 2016).
WON’s film has also screened at several other events, including the BFI London Film Festival and the Frankfurt Korean Film Festival. Last year, SUL Kyung-gu earned the Best Actor Award for his part at the Director’s Cut Awards.
Released in Korea on September 6, MEMOIR OF A MURDERER welcomed 2.66 million viewers during its domestic run in theaters. The film is represented internationally by Showbox.
Any copying, republication or redistribution of KOFIC's content is prohibited without prior consent of KOFIC.
Related People Related Films Related Company Related News