A TAXI DRIVER Catches a Ride to Palm Springs 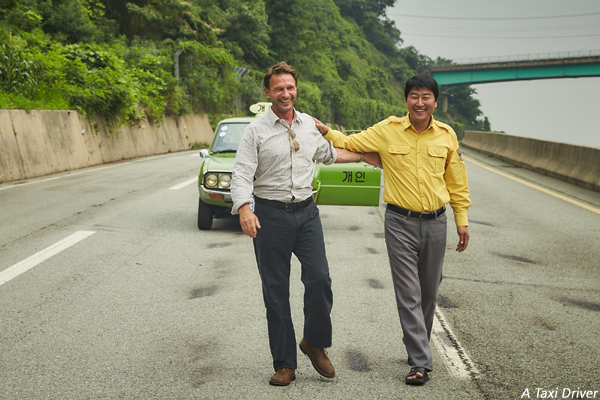 Last year’s biggest Korean hit will also be the first Korean film to screen at a major film festival in 2018 as JANG Hun’s political drama A Taxi Driver has been invited to the 29th Palm Springs International Film Festival. The festival runs from January 2nd to 15th.
The only Korean film to be featured at the California festival this year, A Taxi Driver will screen in the ‘Awards Buzz’ section, as it was Korea’s official submission to this year’s foreign language category of the Academy Awards, though ultimately it did not make the final shortlist for the ceremony. In Palm Springs, the film will vie for the FIPRESCI Prize.
Based on a true story, the film features SONG Kang-ho as a taxi driver who brings the German reporter Jürgen Hinzpeter (played by Thomas Kretschmann) from Seoul to Gwangju to cover the violent political demonstrations that took place there in May 1980. A Taxi Driver was released in late summer in Korea and amassed 12.19 million viewers (USD 89.94 million), making it the tenth most successful Korean film of all time.
In addition to its commercial success, the film has screened around the world, with stops at the Busan, Mar Del Plata, Hawaii and Tallinn Black Nights International Film Festivals, among others. SONG earned the Best Actor award for his part at the Fantasia International Film Festival in Montreal, as well as several Best Actors awards in year-end industry events in Korea.
Any copying, republication or redistribution of KOFIC's content is prohibited without prior consent of KOFIC.
Related People Related Films Related News