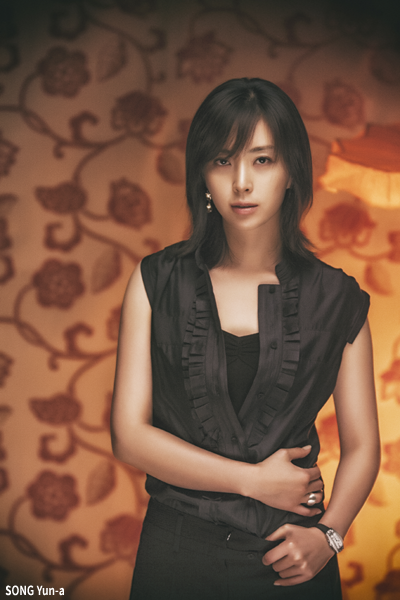 Upcoming virtual short film War Correspondent starring SONG Yun-a wrapped production on August 31st. SONG joined her director Patrick KWON and co-star HAN Sang-jin for a production party in Seoul on September 13th.
The film features SONG playing a reporter named Seon-ju in a story that foregrounds a battleground in Pakistan featuring prisoners and their captors. The short will employ VR technology to realistically depict events on the battlefield. The project is intended to highlight the terrifying ordeals and the fear that is experienced by victims in kidnapping situations from their perspective.
SONG has appeared in feature films since the late 1990s, including KIM Sang-jin’s Jail Breakers (2002) and the thriller Secret (2009). She was last seen on the big screen in the melodrama Wedding Dress in 2010.
Director Patrick KWON has previously made the shorts Sign Hard (2013) and MIDNIGHT TAXI and has ample experience cutting trailers for mainstream Korean films, including National Security (2012) and AM 11:00 (2013).
The short, which is currently in post-production, will have a running time of approximately 30 minutes and is scheduled to screen at the Sundance Film Festival in January, following which it will go on to screen at the Cannes and Venice International Film Festivals later in the year.
Any copying, republication or redistribution of KOFIC's content is prohibited without prior consent of KOFIC.
Related People Related Films