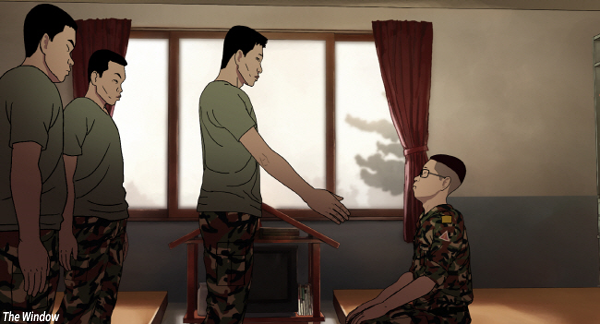 Korean short animated films were screened in a theater. Korea Creative Content Agency (KOCCA) held the ‘KOC! ANI’ for three days from April 21st to 23rd at CGV Cine Library in Myeongdong. The event introduced 19 Korean short animations which were supported by KOCCA and received attention at the various international film festivals.
KOC! ANI featured short animated films such as The Window (2012) by TRAIN TO BUSAN’s director YEON Sang-ho, HAN Ji-won’s On the Way to School (2013), KIM Kang-min’s Deer Flower (2016) which was awarded at the Melbourne International Film Festival and KIM Seong-min’s Green Light (2016) which picked the Best International Short Animation award at the Foyle Film Festival in Ireland.
In addition, KOCCA had the Best Short Animation Collection to introduce fabulous short animated films although they are not supported by KOCCA: JOUNG Yu-mi’s Love Games (2013) which received the Grand Prix at the Zagreb Film Festival in Croatia, Erick OH’s The Dam Keeper (2014) and JEONG Da-hee’s The Empty (2016) which is the first Korean animation to win the Grand Prize at the Hiroshima International Animation Festival.
As the opening event on April 21st, The Dam Keeper was screened and there was an open talk with Erick OH, former animator of Pixar. Director OH shared his various experience as an animator like the production process of the film and recent works with audiences.
Any copying, republication or redistribution of KOFIC's content is prohibited without prior consent of KOFIC.
Related People Related Films Related Company