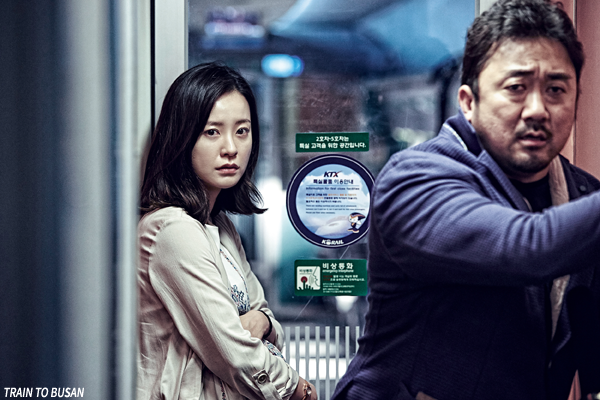 YEON Sang-ho’s global hit TRAIN TO BUSAN continues to stockpile awards and foreign box office receipts almost five months after its theatrical debut. The film was named the recipient of the Asian Blockbuster Film Award from the inaugural International Film Festival and Awards Macao (IFFAM).
The award was given as an acknowledgement for its gargantuan success at home, where it welcomed 11.57 million viewers (USD 78.93 million), as well as its impressive performance overseas, having set records for Korean films in several foreign markets.
The festival also staged a panel discussion entitled “Development of Genre Cinema in Asia—Train to Busan: Return ticket for Asian commercial cinema,” which included panelists such as the film’s producer LEE Dong-ha and several representatives from the film’s Asian distributors.
The debut live action feature by acclaimed indie animator YEON, TRAIN TO BUSAN debuted as a Midnight Screening at this year’s Cannes Film Festival. The film stars GONG Yoo as a father who boards a high-speed train from Seoul to Busan with his daughter at the outset of a zombie apocalypse.
After several record box office performances across Asia, in Hong Kong, Singapore, Taiwan and the Philippines among others, TRAIN TO BUSAN is beginning to replicate its success in the Americas. At the end of November, the film opened in second place at the Chilean box office, behind only Fantastic Beasts and Where to Find Them. The film also opened in sixth place just last week in Mexico, while Disney animation Moana topped the chart.
Any copying, republication or redistribution of KOFIC's content is prohibited without prior consent of KOFIC.
Related People Related Films Related News