PARK Hae-jin Reprises Role for CHEESE IN THE TRAP MOVIE 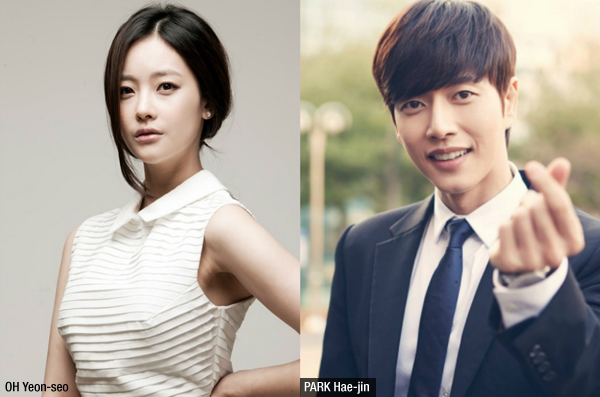 Popular TV drama Cheese in the Trap is getting ready to make the transition to the big screen with original star PARK Hae-jin set to reprise his role. Taking over the co-star position, which was filled by actress KIM Go-eun in the original series, will be OH Yeon-seo. The romantic comedy story originated in a popular webcomic of the same name by artist Soon Ggi.

Rising star OH has been active both on the big and small screen and was recently seen alongside Su Ae in the sports drama RUN OFF this summer. Cheese in the Trap is OH’s second big upcoming remake, as she also recently signed on for the drama update of the popular romcom My Sassy Girl (2001).

Meanwhile, PARK is a popular face on TV whose only prior film credit is the little-seen melodrama Snow In Sea Breeze (2015).

While the project has yet to settle on a director, who will reportedly be announced in mid-September, production is scheduled to begin in February, which a release to follow later in 2017. The production is working closely by author Soon Ggi in order to create a faithful adaptation of the original webcomic.