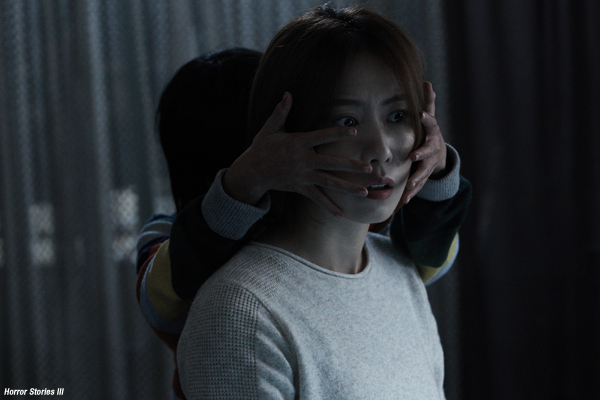 The third installment in the anthology series Horror Stories has been invited to the 49th Sitges International Fantastic Film Festival of Catalonia. Both of the previous films in the series were also invited to the fest, the oldest and most prestigious genre film event in the world.

In this latest sequel, a girl tries to escape from the Space War, and finds herself at a station where she hopes to catch a ride into Saturn’s orbit. However, the place is already occupied by someone else. When her life is threatened, she claims that she is also a victim of Earthian and recounts tales about her species. In the first episode, a human-eating fox mimics a human to haunt village people. The second episode features a truck driver consumed by a mysterious anger who becomes embroiled in a crazy road chase. The finale episode focuses on an old model of a baby-sitting robot that becomes obsessed with its ward.

Back on board as the director of the linking segments is MIN Kyu-dong, while horror filmmaking duo KIM Gok and KIM Sun also returned to the series after taking part in the first installment. Shoot Me in the Heart (2015) director BAEK Seung-bin also took part.

The first Horror Stories debuted as the opening film of the Bucheon International Fantastic Film Festival in 2012 and attracted 330,000 viewers to theatres before receiving numerous genre festival invites, while the second installment opened straight in theatres and was even more successful, welcoming just shy of half a million viewers during its domestic release.